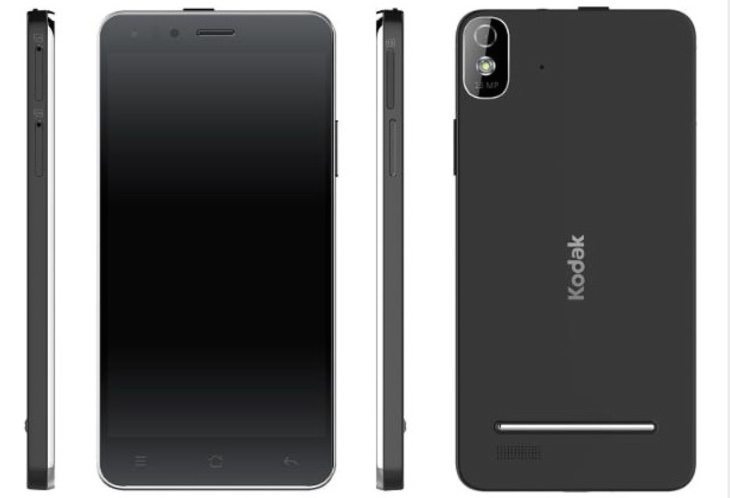 We knew that Kodak was preparing some new mobile devices, and just as we expected CES 2015 has stemmed an announcement. The Kodak IM5 smartphone is now official, but we can’t help feeling that some camera lovers may be disappointed that it doesn’t offer more in this respect. Read on for specs, price and availability.

When we reported that Kodak was set to unveil new devices at CES, we expected that they would be camera-centric and possibly niche cameraphones for real photo enthusiasts. While the IM5 may be a decent enough smartphone and does offer some interesting camera software, it’s doesn’t quite live up to our expectations although you may disagree.

The IM5 is a collaboration between Kodak and the Bullitt Group, and specs on offer are a 1.7GHz octa-core processor, 5-inch HD display, 1GB of RAM, and 8GB of internal storage, expandable via microSD to 32GB. It runs the Android 4.4 KitKat operating system that will be upgradable to Android 5.0 Lollipop at some point. It’s also billed as having a UI offering convenient access to different functions such as calling, camera, messaging and contacts that is simple to use.

What most readers will want to know about though is the camera arrangement. The Kodak IM5 has a 13-megapixel rear camera, and 5-megapixel front-facing snapper, so nothing overly impressive by today’s smartphone standards. Image management software enables users to easily edit photos and display them, print using a customized app, or share via social media.

A precise release date for the Kodak IM5 hasn’t been announced yet but it will be available from late Q1 2015. It will go on sale first in Europe before rolling out to further world markets. It’s in black or white color options, and the price is $249, that’s equivalent to around Â£164, â‚¬209, or Rs. 15,800, although pricing may differ for various markets.

We’d like to hear your first thoughts on the Kodak IM5 smartphone? Were you anticipating more in the way of camera capabilities? Let us have your comments on this.