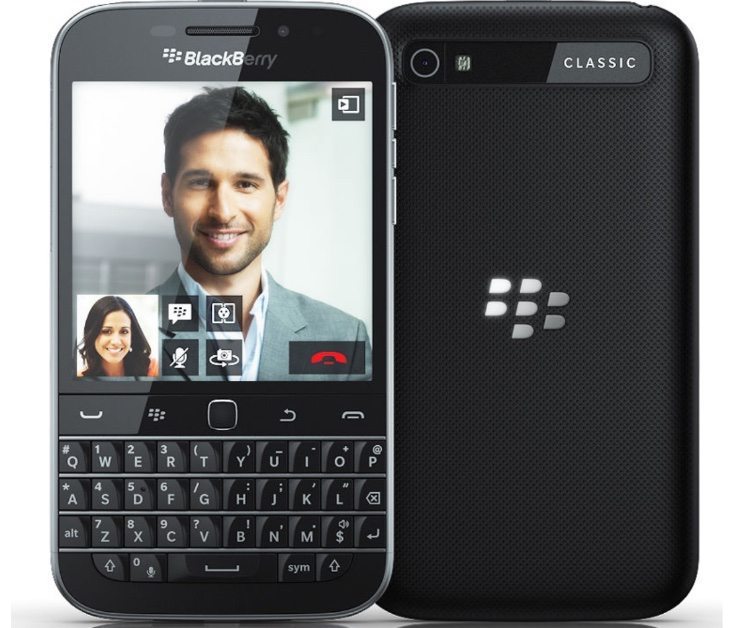 Availability of the BlackBerry Classic is slowly spreading to different regions of the world, and after recent news of its arrival for the UK we can tell you that the phone has now become official for India. The BlackBerry Classic India launch has given the price of this smartphone that features a physical QWERTY keyboard.

There are still plenty of smartphone users who prefer to have a traditional style of keyboard and this phone should find some demand in this respect. BlackBerry Classic specs include a 1.5GHz Qualcomm Snapdragon S4 dual-core processor, Adreno 225 graphics, and a 3.5-inch display with resolution of 720 x 720 and 294 ppi. There’s 2GB of RAM, and 16GB of internal storage, expandable via microSD to 128GB.

It has an 8-megapixel rear camera with BSI sensor, autofocus, LED flash, 5-element f2.2 lens, and 1080p video capture, as well as a 2-megapixel front-facing camera with fixed focus and 720p video capture. The Classic has a non-removable 2515 mAh battery, 3.5mm audio jack and FM radio, and runs BlackBerry OS 10.3.1. User can also access the Amazon Appstore as well as the BlackBerry World app store.

Have you been waiting for the BlackBerry Classic launch for India? If so, is the price around what you expected or not? It’s always good to receive comments from readers, so do let us know.