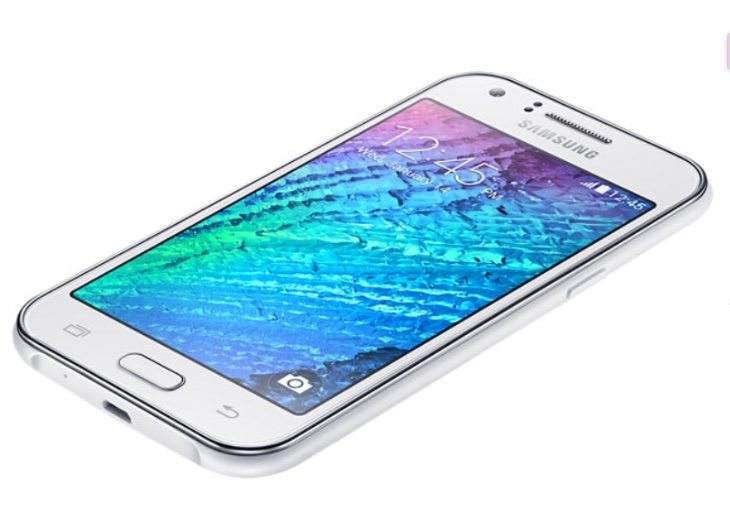 We knew that there were upcoming smartphones in a new low-end Samsung J series, and one of these is the Galaxy J1. Up until now we’ve only heard leaks about this device but now the Samsung Galaxy J1 budget phone has been made official. It doesn’t appear to have been released yet but it does now appear on a Samsung website.

We first heard of the Galaxy J1 in December when we thought that a Galaxy J series could be a new naming scheme from Samsung, such as the Galaxy A series and Galaxy E series. Then earlier this month we shared some leaked images of the Galaxy J1 that showed it to look like a typical Samsung budget device. Now the phone has gone official on the Samsung Malaysia website, with at least one of the specs contradicting the earlier leaks.

Previously the phone was rumored to have a 1.2GHz Marvel 64-bit quad-core processor. However, the confirmed specs list the CPU as a 1.2GHz dual-core processor, although the chipset is not specified. Further specs include a 4.3-inch display with resolution of 800 x 480, 512MB of RAM, and 4GB of internal storage (expandable via microSD). It has a 5-megapixel rear camera with LED flash, a 2-megapixel front-facing camera, and a removable 1850 mAh battery.

As this phone is now officially listed we imagine it will release in Malaysia soon, but there’s no news yet on the price or availability for further regions. We will, of course, bring further information when we find out more. Could the Samsung Galaxy J1 that’s aimed at the budget end of the market tempt you?