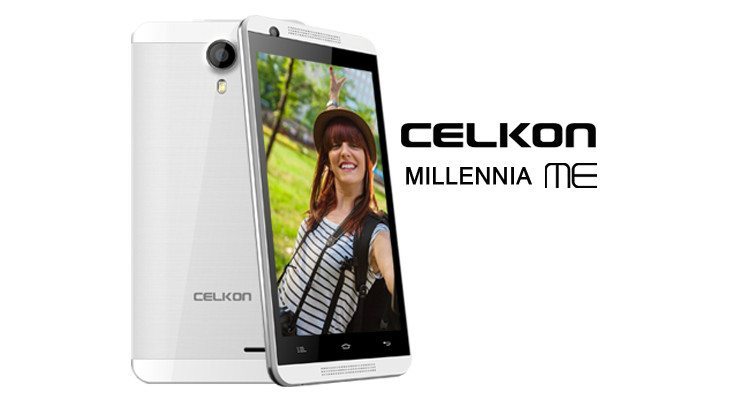 We’re not exactly sure when the selfie craze started, but everyone has gotten in one the action from giants like HTC to smaller companies like Celkon. The latter has just unveiled a new selfie snapping smartphone for India, and it goes by the name of the Celkon Millennia ME Q54.

The Celkon Millennia ME Q54 is a medium sized handset with a 5-inch IPS panel featuring a resolution of 800 x 854. Under that slab of glass, you’ll find a 1.2GHz quad-core chip, 512MB of RAM, and 4GB of storage which can be kicked up to 32GB through the power of a microSD card.

As mentioned, the Celkon Millennia ME Q54 is a phone for selfie lovers, so you’ll get a 5MP sensor on the front to go along with a 5MP camera with AF on the back. It’s a 3G dual-SIM handset with a 2,000mAh battery, and it will run Android 4.4 out of the box.