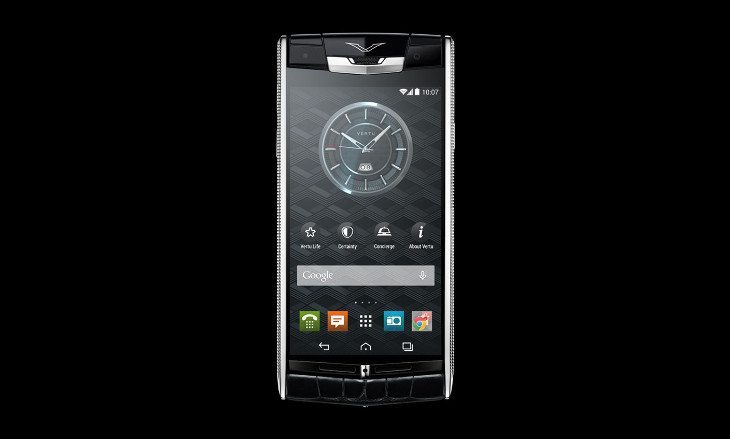 Vertu loves to produce handsets that common folk will never be able to buy, and the company is set to roll out a new one just in time for Valentine’s Day. It’s called the Vertu Clous De Paris, and it will only set you back $19,000 or right around Â£11,800.

Vertu’s smartphones aren’t for the faint of heart, and we’ve talked about their luxury handsets like the Vertu Constellation and the Signature Touch in the past. The Vertu Clous De Paris is based on the latter handset and it is just as decked out as you’d expect. Prepare for metal and exotic materials…

Alligator skin, engraved titanium and a black ceramic pillow are all luxury features of the Vertu Clous De Paris, and while we don’t know what a ceramic pillow is, it definitely sounds expensive. The specs aren’t half bad either as it has a Snapdragon 801, 64GB of storage and a 4.7-inch FHD display. Throw in a Bang & Olufsen sound system, and a 13MP Hasselblad camera and you’ve got yourself a smartphone guaranteed to turn a few heads. Did we mention it has ringtones designed by the London Symphony Orchestra?

The Vertu Clous De Paris isn’t the most spec’d out phone we’ve seen, but it can hold its own and it is definitely one of the fanciest smartphones you’re likely to find this year. The Â£11,800/$19,000 price tag isn’t going to be for most folks, but if you have deep pockets the Vertu Clous De Paris is ready to ship out and can be purchased at the link below.