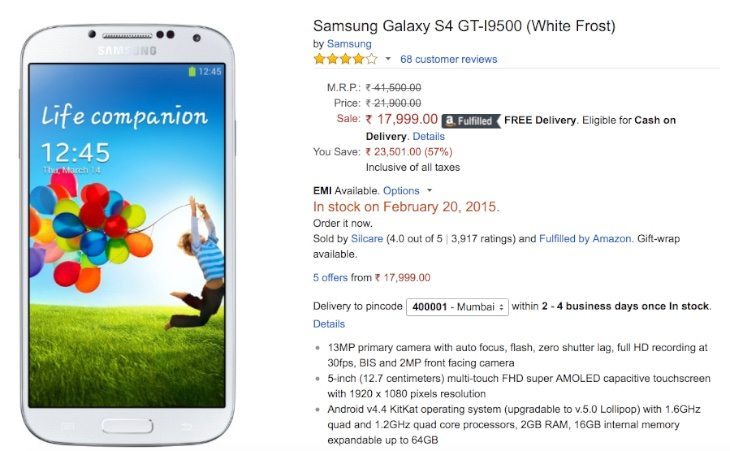 At its launch the price of the Galaxy E7 was announced as Rs. 23,000 and the Galaxy E5 was priced at Rs. 19,300. It’s a little surprising that we hear of cuts to prices so soon after phones become available but there are now price reductions for the Galaxy E7 to Rs. 20,900 while the E5 is down to RS. 17,900. For those who thought that the phones were overpriced, these price cuts will help to make them a bit more appealing.

Meanwhile ahead of the launch of the Samsung Galaxy S6, the Galaxy S4 price for India has also been reduced on Amazon India. Despite the fact that the S4 is nearly two years old it’s still a popular buy, and now the price at the giant retailer is down to Rs. 17,999 for the white or black color options. That makes the Galaxy S4 a great deal right now regardless of its age.

We’d be interested to hear what readers think of these latest Samsung Galaxy E5, E7 and Galaxy S4 price cuts for India. Does this news make any of these smartphones a more attractive proposition for you? We always appreciate your comments.