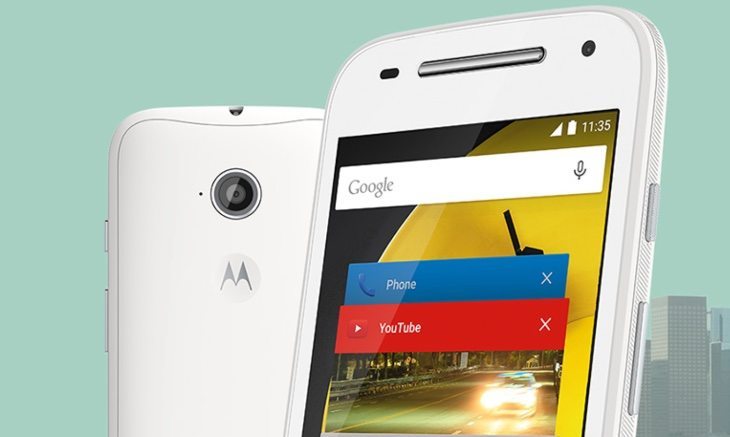 The new Moto E (2015) has just been made official and we have price and specs details coming right up. The original Moto E released in May last year and proved to be a massively popular affordable smartphone. Now the Moto E 2nd gen has been introduced and this time around it has LTE connectivity. It’s likely to be another hit with consumers as once again it has a low non-contract price.

Two weeks ago we reported that a Best Buy product page had appeared for the second-generation Moto E, taking a lot of people by surprise. The page was later pulled, but not before we got a good look at specs and more. Now Motorola has made the phone official and has revealed a no-contract price tag of $149.99 for the 4G LTE version. That’s equivalent to around Â£97 or Rs. 9,300 though prices could vary for other regions. It comes in black or white color options and you can add band accessories in a variety of colors with a multi-pack at $19.99.

The Moto E 2nd gen specs include a 1.2GHz Snapdragon 410 64-bit quad-core processor with Adreno 306 graphics for the 4G LTE variant, or a Snapdragon 200 CPU and Adreno 302 for the 3G version. It has a 4.5-inch IPS LCD display with resolution of 960 x 540 and 245 ppi, featuring Corning Gorilla Glass 3 and anti-smudge coating. It has 1GB of RAM, and 8GB of internal storage that’s expandable via microSD. 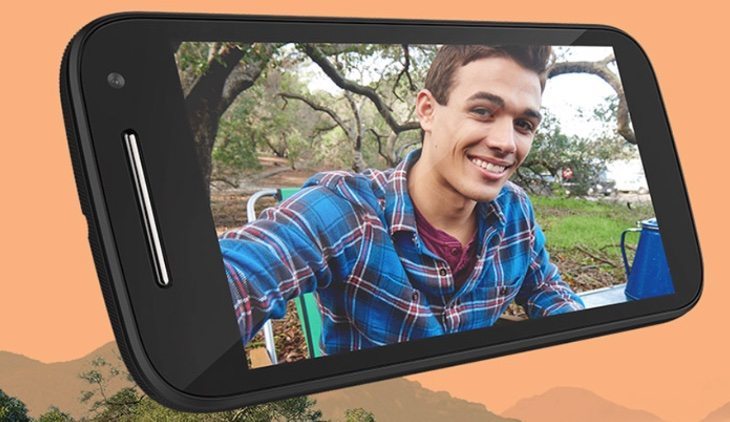 The measurements of the Moto E (2015) 4G LTE are 129.9mm x 66.8mm x 12.3mm and it weighs 145g. There’s no word yet on a dual SIM model or pricing for the 3G variant, so these could well be one and the same. The Motorola product page simply lists the 3G version as ‘coming soon’ so no doubt we’ll be hearing more on that before too much longer.

We’d like to hear your first impressions of the Moto E 2nd gen? Are you pleased to hear that the Moto E (2015) is available in a 4G LTE model, and what are your thoughts on the price for this new smartphone? Drop us your comments in the box below.