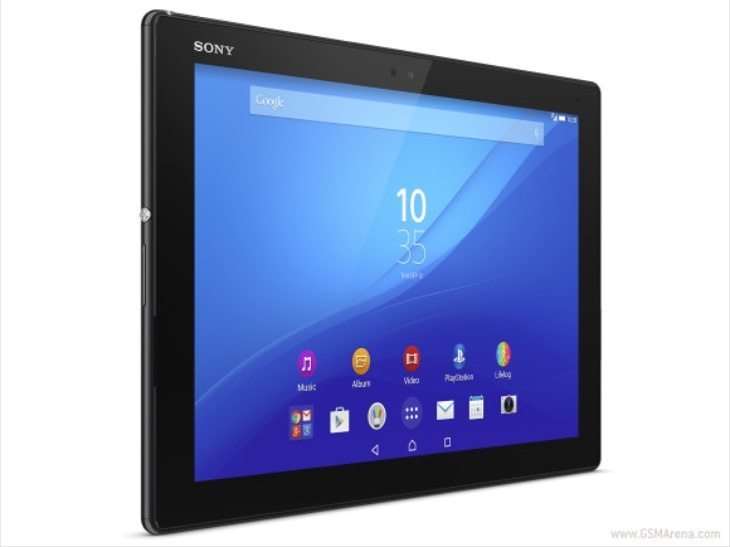 Much as we expected, Sony hasn’t revealed the new Xperia Z4 smartphone just yet, but at MWC 2015 the wraps have been officially taken off the Z4 Tablet. Make no mistake, this is a top-end device and the Sony Xperia Z4 Tablet certainly has specs appeal. We also have some details of official accessories for this tablet.

We’ll start with those all-important specs and this slate packs a Snapdragon 810 octa-core 64-bit processor with 4 cores at 2GHz and 4 at 1.5GHz. It has Adreno 430 graphics, 3GB of RAM, and 32GB of internal storage (expandable). There’s a 10.1-inch IPS display with resolution of 2560 x 1600 giving 300 ppi, and this features Sony’s X-Reality engine and Triluminos technology.

The Z4 Tablet has an 8-megapixel Sony ExmorRS rear camera, a 5-megapixel wide-angle front-facing unit, and a 6000 mAh battery that Sony claims will see out 17 hours of video playback. Connectivity includes 4G LTE, 3G, and GSM and the tablet features stereo speakers. It also has meets IP68 certification standard so it’s dustproof and waterproof in up to 1.5m of fresh water for up to 30 minutes.

Looking at the design it’s impressively slim at just 6.1mm thick/thin, with a glass and a metal frame. It comes in black or white colors and weighs approximately 395g. It runs the Android 5.0 Lollipop operating system with the latest Xperia launcher. No price has been revealed for the Z4 Tablet but the WiFi and LTE models will release in June in regions worldwide.

Some official accessories exclusively for the Xperia Z4 Tablet have also been revealed today. One of these is the Sony BKB50 Bluetooth Keyboard, which is a detachable accessory with docking station and hardware keyboard including touchpad. It has an adjustable tilt angle and there are also printer and projector ports with the keyboard dock.

Another official accessory is the Sony SSRC32 Tablet Cover. This comes in black or white and is a flip case that can also be used as a stand with two available positions. Finally there’s the Sony BSP60 Smart Bluetooth Speaker, a wireless smart speaker with one-touch connectivity support. These three accessories will also be available from June.

The upcoming Sony tablet appears to have a huge amount to recommend it and we’d like to know what you think? Do you have favorable first impressions of the Sony Xperia Z4 Tablet? What price would you be willing to pay for this notable device? Do let us know with your comments.