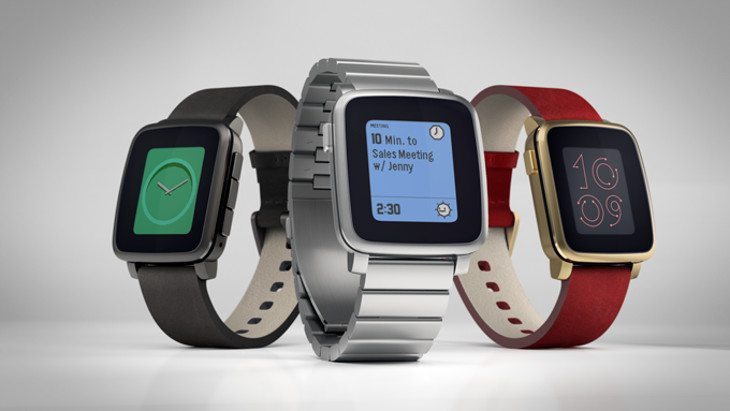 Pebble Time was unveiled less than a week ago, and it’s safe to say their new Kickstarter campaign has been a resounding success with over $12 million raised so far. It turns out, the company wasn’t done as they have just revealed Pebble Time Steel and a new series Pebble smartstraps.

Pebble Time Steel is a more luxurious version of the Pebble Time smartwatch we covered last week. Off looks alone, it appears the Steel is aimed directly at the Apple Watch with its golden hue and thick leather strap. The smartwatch will have a CNC finished 316L stainless steel casing, and is said to offer around 10 days of battery life — something Apple won’t be able to match.

In addition to the Pebble Time Steel, the company announced Pebble smartstraps and the open SDK, which will allow developers to pull off some cool tech tricks. If you wanted to focus on fitness for the day, you could simply put on a more fitness-oriented strap. Other straps could provide more juice for your Pebble or add extra sensors and functions. 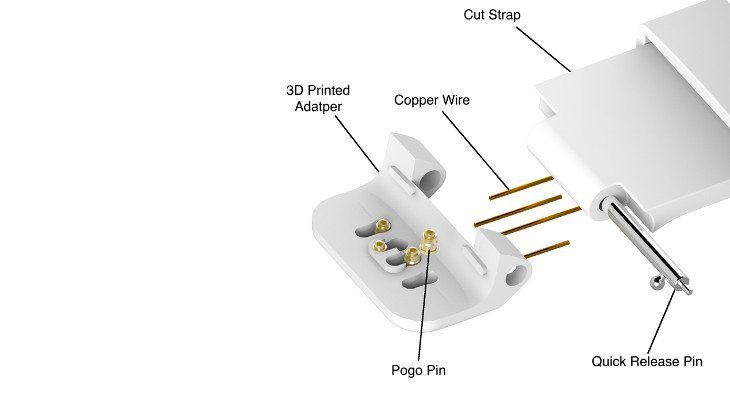 If you’re interested in the Pebble Time Steel, you can upgrade your pledge level on Kickstarter or pick one up outright for $250. All watches are engraved with a “Kickstarter Edition” tag on the back, and the Steel comes in Silver with a stone band, Gunmetal Black on black or Gold with a Red strap. Information on the Pebble smartstrap system can be found here if you’re looking to develop for the platform or build your own.