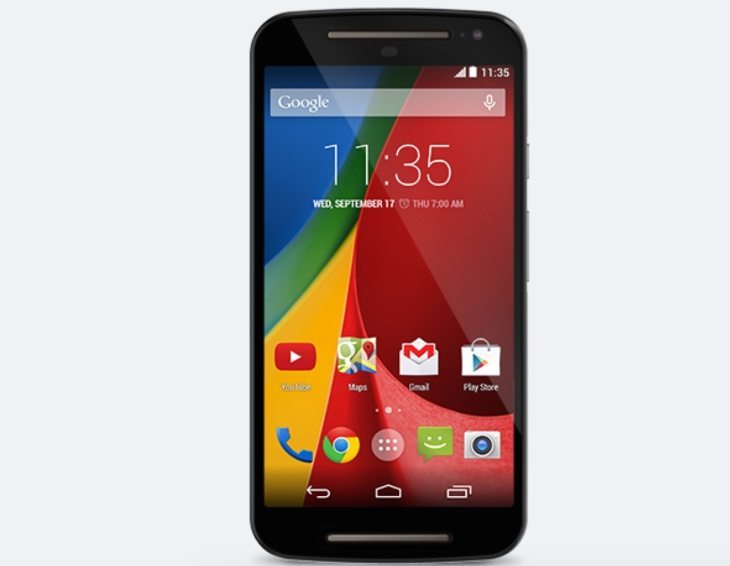 The Motorola Moto G 4G 2015 edition was made official in January, a successor to the Moto G 4G that released in 2014. Although it has already arrived on sale in some regions, it seems to have taken some time to reach the UK. Finally though, the Moto G (2015) 4G LTE smartphone is now available in the UK.

There’s 1GB of RAM, 16GB of internal storage (expandable to 32GB via microSD), and a non-removable 2390 mAh battery, while the camera set-up consists of an 8-megapixel rear camera with autofocus, LED flash, and 720p video capture, and a 2-megapixel front-facing camera. The Moto G 4G (2015) runs Android 5.0.2 Lollipop out of the box and connectivity includes 4G LTE, 3G, WiFi 802.11 b/g/n, WiFi Direct, WiFi hotspot, and Bluetooth 4.0.

If you head to this Motorola UK product page you now see the second-generation Moto G 4G up for grabs with a price of Â£159.99 including VAT and standard delivery. That’s only Â£10 more than the 3G Moto G. The 3G version is available in black or white but the LTE model is only in black.

Have you been waiting for UK availability of the Moto G 4G (2015)? What is it that you find most appealing about this Motorola smartphone? Let us know with your comments.