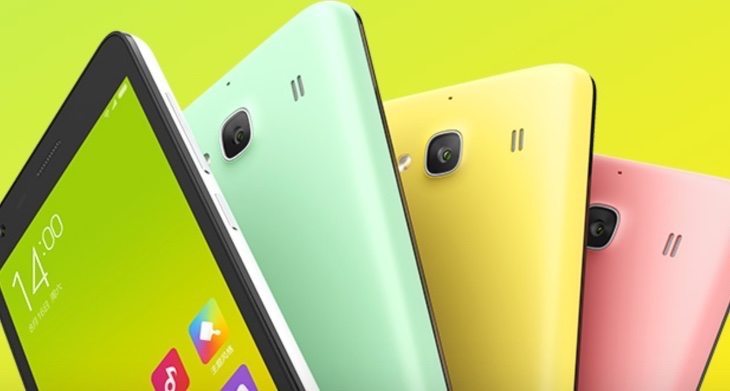 There’s excellent news today for the many people in India waiting to hear when the Xiaomi Redmi 2 will be available. The smartphone was officially introduced in January and is now about to hit India, and following the massive popularity of the Redmi 1S, Redmi Note and other Xiaomi handsets the new phone is likely to achieve huge sales. Now the Redmi 2 India launch has given price and availability details.

One of the devices tipped for the Xiaomi event today was the Redmi 2 and sure enough it was one of those announced. The Redmi 2 price has now been confirmed at Rs. 6,999 and like some other Xiaomi phones it will be sold via flash sales on Flipkart. Registrations for the first sale will start at 6pm today with availability from March 24th.

The phone will be available in several color choices and they are green, grey, pink, white and yellow. It’s powered by a 1.2GHz Snapdragon 410 64-bit quad-core processor and has Adreno 305 graphics, and a 4.7-inch IPS display with resolution of 1280 x 720. There’s 1GB of RAM, 8GB of internal storage (expandable via microSD to 32GB), and a 2200 mAh battery, while it runs the Android 4.4 KitKat operating system skinned with Xiaomi’s MIUI v6.

The camera capabilities include an 8-megapixel rear camera with LED flash, f/2.2 aperture, BSI sensor, Omnivision sensor, and 1080p video capture, and there’s also a 2-megapixel front-facing camera. Connectivity options for this dual SIM handset are 3G, 4G LTE, WiFi 802.11 b/g/n, Bluetooth 4.0, GPS, and USB OTG. One of its main rivals will be the already popular Lenovo A6000, which interestingly supports 4G for only one slot, while the Redmi 2 supports 4G in both SIM slots.

For more on this value for money phone you might like to check out some of our previous articles on it. These include comparisons with handsets such as the Lenovo A6000, Micromax Yu Yureka, and Samsung Galaxy Core Prime, benchmark results and more. It would be good to hear from readers about the arrival of the Redmi 2 for sale in India.

Have you firmly set your sights on purchasing the Xiaomi Redmi 2? What marks this smartphone out from the many other affordable handsets on the market? We welcome your comments.