LG G Flex 2 priced for India, on sale this month 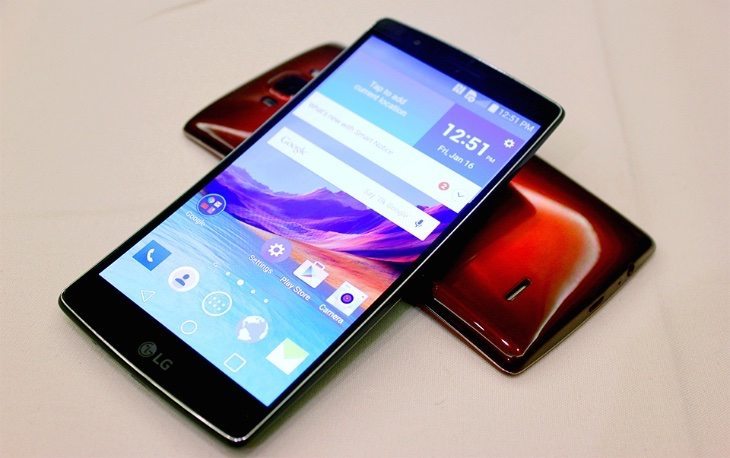 The LG G Flex 2 is a recent smartphone that is slowly releasing to different markets. If you’re in India and have been waiting for this handset to arrive then you’re in luck, as there’s not much longer to wait. The LG G Flex 2 has been priced for India and it will be on sale later this month.

The G Flex 2 has a curved design, as featured on the original G Flex, and it has also has a self-healing rear coating. It’s not a cheap device but it certainly offers something a little different at the top end of the market. The phone has just launched in India with a price tag of Rs. 55,000, which certainly takes some thinking about. It comes in Flamenco Red or Platinum Silver color options.

Specs of this phone include a 2GHz Snapdragon 810 64-bit octa-core processor, Adreno 430 graphics, a 5.5-inch curved P-OLED display with resolution of 1920 x 1080 and 403 ppi, 3GB of RAM, and 32GB of internal storage that can be expanded via microSD. It has a 13-megapixel rear camera with dual-LED flash, optical image stabilization, and laser auto focus, and a 2.1-megapixel front-facing camera.

You’ll be able to buy the LG G Flex 2 in India later in March and readers may also be interested to know that the LG G Watch Urbane will also be available in India from mid-April with an expected price between Rs. 25,000 and Rs. 30,000. Have you been considering purchasing the LG G Flex 2? If so, has the steep price tag now put you off or will you still buy it? We always appreciate your comments.