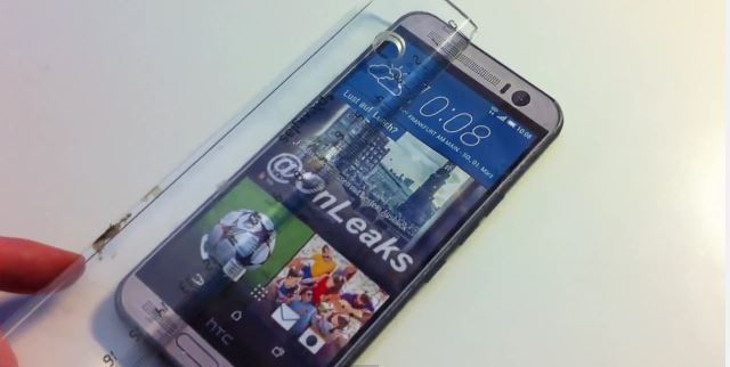 The HTC One M9 Plus rumors are coming in at full speed, and it was only yesterday the dimensions of the smartphone hit the web. Ready for another leak? This time around, we’re getting a video that shows a HTC One M9 Plus dummy which should give us a good idea of what to expect from the One M9 Plus in regards to the design.

We’re used to seeing renders, prototypes and other types of gadget leaks, but videos are the best. The HTC One M9 Plus video comes from the same source as yesterday’s leak, @OnLeaks, who has obtained a ‘dummy’ unit from one of his sources. The unit is said to be used to test out protective covers for the upcoming One M9, so while it’s rough, it should show the match up with the dimension.

Hands On #HTC One M9 Plus Dummy (Video) http://t.co/LrBJ1taWrx pic.twitter.com/kZxW5SZ5ST

In the video, you can see the dummy HTC One M9 Plus from all angles. The speaker grills and large home button are present, and the latter should have an embedded fingerprint scanner. As for the display, it’s still said to be 5.2-inches, but it should pop if the QHD rumors pan out. There’s always a chance HTC could throw something at us out of left field, but the dummy should be close to the final HTC One M9 Plus design.

One would expect HTC to announce something soon in regards to the HTC One M9 Plus, unless they’re waiting until later this year before the iPhone 7’s roll out. That said, we’ve heard and seen a “Plus” version of the One for the past few years, and the company has yet to release one to the public.

Do you think this will be the year HTC finally releases a Plus variant of their flagship?