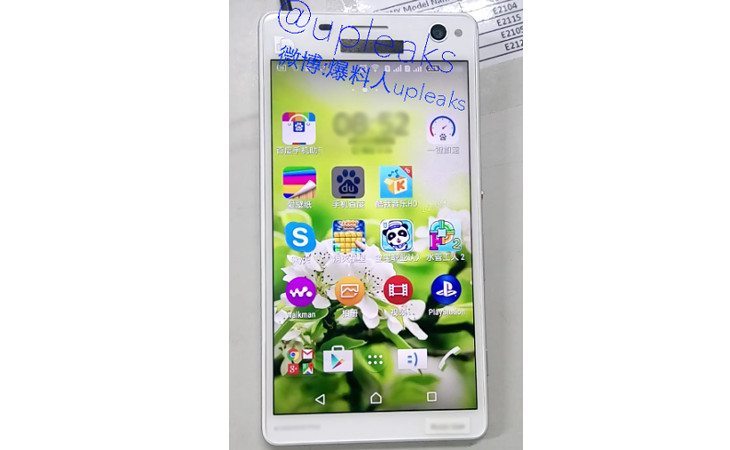 Out of all the major manufacturers to drop major smartphones this year, Sony has been relatively quiet. We have seen the Xperia Z4 leak a half-dozen times, but not much else is known about the rest of Sony’s lineup. The company was expected to release a follow-up to last year’s Xperia C3, and we may have just gotten our first look at the sequel thanks to a new Sony Xperia C4 photo.

The Sony Xperia C4 photo leak comes from a source we’ve covered plenty of times in the past, @UpLeaks. The handset shown looks similar to last year’s edition, but with a few minor differences. The speaker grills aren’t in the same spot, and there are a few spots blurred or blocked out, so we’re not sure what’s going on with that. It would be odd to change the speaker layout, so the device shown could be an early dev unit of sorts.

In terms of specs, nothing was mentioned about the Sony Xperia C4, but it should get a bit of a bump over the previous version. That said, a Snapdragon 410, 1.5GB of RAM, and a beefier camera setup could be in the cards as those are all areas that could use an improvement. We don’t see a huge upgrade from the C3 to the Sony Xperia C4, but anything’s possible.

We’re not sure when the Sony Xperia C4 release date will arrive, but the device codenamed “Cosmos” should show up soon. The C3 was announced in July before an August rollout, so we expect to see more leaks or benchmark listings within the next few months.

What would you like to see out of the Sony Xperia C4?