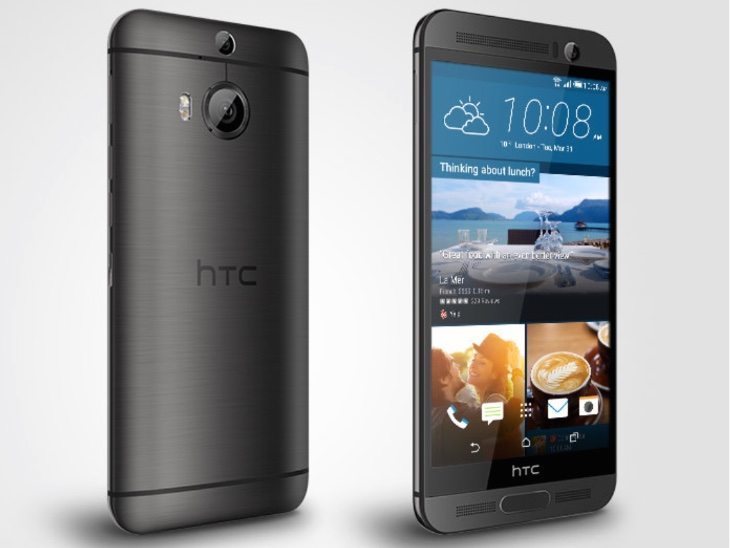 There’s some interesting news today about the HTC One M9+ smartphone that was officially introduced in China last week. At that time the company said there were no plans yet to release it outside China and particularly stated it would NOT be coming to the US or Europe. The phone has now been launched for India though, and we have information of the HTC One M9+ India availability date and price.

The HTC One M9+ (aka One M9 Plus) has an array of excellent specs including a Quad HD resolution display and 64-bit octa-core processor. However, as you might expect this is reflected in its price tag Rs. 52,500. It will be up for sale in India from May 3rd and the handset comes in gold, gunmetal grey or silver color options.

The camera set-up consists of a 20.7-megapixel rear camera with dual LED flash and a secondary rear 2.1-megapixel unit for depth info. It also has a front-facing UltraPixel camera with f/2.2 aperture and 27.8mm wide-angle lens. Connectivity is taken care of with 4G LTE, WiFi 802.11 a/b/g/n/ac, Bluetooth and GPS.

The phone features Dolby audio with Dual BoomSound speakers. There’s also a fingerprint sensor for secure lock and also payment ability. This has multi-directional touch-based sensors so that you can unlock the phone from whatever direction you place your finger on the sensor.

There’s plenty to impress potential buyers and we’d like to know what you think of the price of the HTC One M9+ in India? Are you considering making the One M9+ your next smartphone purchase?