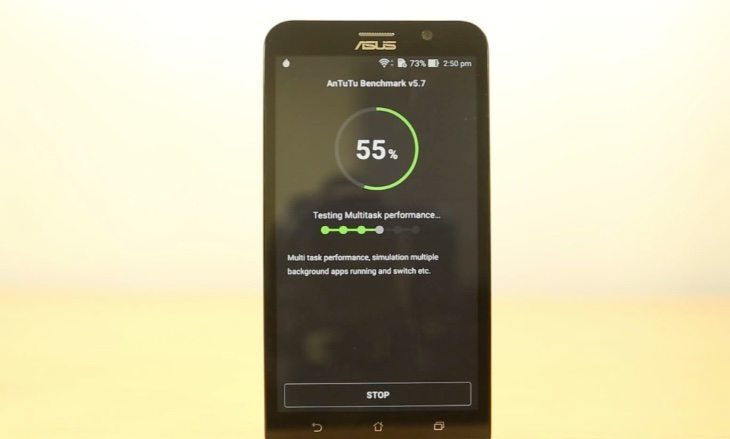 The Asus Zenfone 2 has been making waves since its recent release and comes in several variants. One model, the ZE551ML, model is offered in a 2GB RAM version as well as a whopping 4GB of RAM. Today we’re bringing you some recent Asus Zenfone 2 ZE551ML 4GB RAM benchmark tests and the results compared with some other smartphones.

The Zenfone 2 is releasing to various markets worldwide and we’ve already reported on it coming to India while more recently there was news about the European rollout of the phone. It’s always interesting to see benchmarks of popular handsets and how they stack up against other smartphones, and below this article we’ve positioned a YouTube video from Fone Arena.

The Zenfone 2 being tested is the ZE551ML 4GB of RAM version. This packs a 2.3GHz Intel Atom Z3580 quad-core processor and PowerVR G6430 graphics so it will be interesting to see the results. The video shows a variety of different benchmark tests being conducted on the phone, and these are Quadrant, AnTuTu 5, Vellamo, Linpack Single Thread, Linpack Multi Thread, Geekbench 3, Nenamark 2, GFX Bench, Basemark X, 3D Mark Ice Storm Unlimited, and Basemark OS II.

After each test you’ll see the scores attained by the Zenfone 2 and then a chart comparing the results against many other phones. Just a few of these are the Moto X 2nd gen, Samsung Galaxy Note 4, OnePlus One, LG G3, Sony Xperia Z3, and Xiaomi Mi4. We’re not going to give away too much here as it might spoil your enjoyment of the video, but it’s fair to see that it’s rather a mixed picture, with the Zenfone 2 not comparing too well in many of the tests.

Have you been considering the Asus Zenfone 2 ZE551ML as your next smartphone purchase? How do you feel about the benchmarks results shown in the video below for this handset?