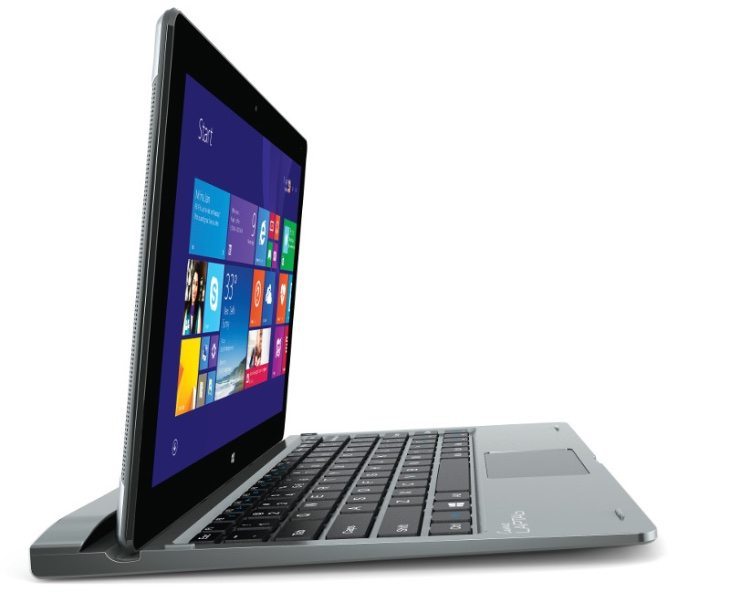 Today another new Micromax device has just been launched and it’s called the Canvas Laptab. If you feel like you’ve heard that name before then you may have done, as a dual boot version (Android and Windows) was shown at CES in 2014 that never launched. The Laptab that has been introduced today doesn’t feature dual booting, but will still be of interest as a hybrid tablet/laptop device running Windows 8.1. We have news on the Micromax Canvas Laptab launch with price and availability details.

We’ll start with the price as that’s what many potential buyers will want to know first. The Canvas Laptap will cost you Rs. 14,999, with availability from Amazon.in beginning on May 6. It’s equipped with a 1.33GHz (burst up to1.86GHz) Intel Atom Z3735F quad-core processor, a 10.1-inch IPS display with resolution of 1280 x 800, 2GB of RAM and 32GB of internal storage.

It features a built-in keyboard and further specs include a 2-megapixel fixed focus rear camera, 2-megapixel fixed focus front-facer, and 7700 mAh battery. There’s 3G connectivity via SIM slot, WiFi 802.11 b/g/n, Bluetooth 4.0, and USB, and the device weighs 1.1kg. It runs the Windows 8.1 operating system and buyers also get a subscription for Office 365.

“Today’s launch marks our entry into the PC segment, where we intend to drive category growth and not only garner an available market share. We believe that our vision complements the initiatives for Digital India, and we will be launching a range of exciting products over the next few months in the category.”

With just under a week to go we wonder how much interest there is among consumers for this new hybrid device from Micromax. Could you be tempted to purchase the Canvas Laptab? Do you feel that it has been competitively priced? It’s always good to hear from readers so let us know with your comments.