Lenovo A6600 receives certification, specs akin to A6000 Plus 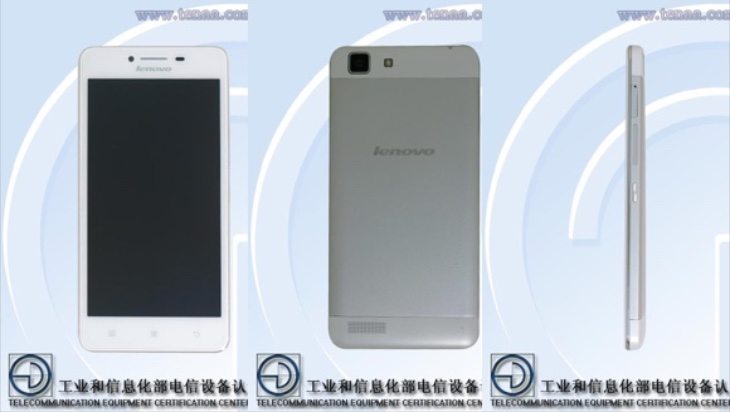 Lenovo seems to be on a roll just lately with the company’s new smartphones gathering more and more attention. As examples we’ve recently seen the Lenovo A6000 and A7000 hit the scene, both proving extremely popular in some markets. Now another upcoming device has been spotted, as the Lenovo A6600 has received certification and has specs akin to those of the A6000 Plus.

The A6600 is an entry-level device, so once again we can expect this new Lenovo handset to be competitively priced. It has just been uncovered passing through the TENAA certification procedure in China, and the listing reveals some of its specs. It has a 1.5GHz MediaTek quad-core processor, a 5-inch display with 1280 x 720 resolution, 1GB of RAM, and 8GB of internal storage that’s expandable via microSD to 32GB.

On the reverse you’ll find an 8-megapixel rear camera and there’s a 5-megapixel snapper on the front. The A6600 will have 4G LTE connectivity and is nicely slim at 7.5mm thick/thin. It will launch running Android 4.4.4 KitKat, and comes in gold, silver,and white color options.

Some of these specs line up with those of the A6000 Plus, although the processors for example are different, as that one sports a Snapdragon chip. There’s no news yet on a launch or release date for the A6600, but as it has now passed through certification we’d imagine it will be made official soon.

It’s rumored that the A6600 price will be approximately $110 when it releases, although we’ll stress that this is unconfirmed. If accurate though that equates to around Â£73, â‚¬99 or Rs. 7,000, but bear in mind that prices often vary according to different markets, so these are merely indicators.

We’ll bring more on this upcoming smartphone as soon as we hear it, and also more on the Lenovo K3 Note that recently released in China and should be available soon in further regions. Does the Lenovo A6600 sound like a smartphone that you might be interested in?