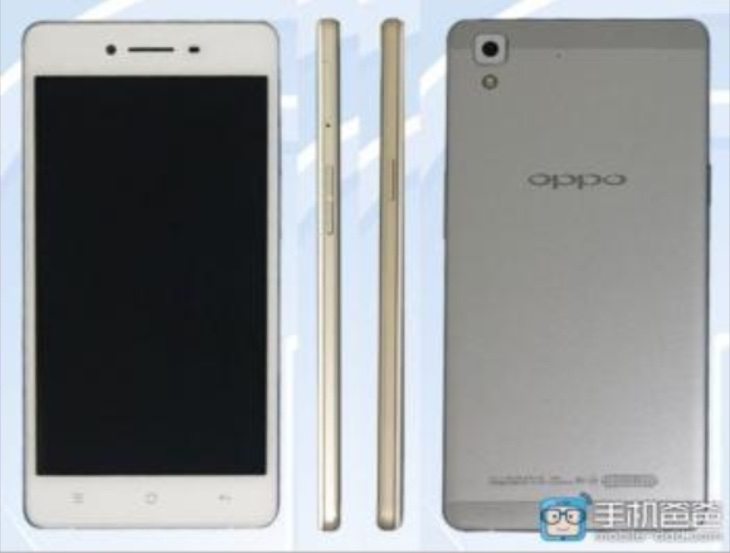 There have been leaks and rumors for some time now about the upcoming Oppo R7, and last week Oppo released a teaser for the phone showing an official R7 render. Although we’d heard a lot about the design of the phone, we now know more about specs and certification. There’s also news on pricing, with claims that the Oppo R7 will be priced to rival the Samsung Galaxy A7.

Two models of the Oppo R7 have just passed through the certification process in China, the R7c for China Telecom and the R7t for China Mobile. GSMArena cites a trusted insider source for the following specs, although bear in mind that these are unofficial at the moment.

Specs of both models are said to include a 5-inch display with Full HD resolution of 1920 x 1080, 3GB of RAM, and 16GB of internal memory, expandable via microSD to 128GB. It has a 13-megapixel rear camera, 8-megapixel front-facing snapper, and a 2320 mAh battery and is said to be running the Android 4.4.4 KitKat operating system.

The difference between the R7c and R7t is that the first is equipped with a 1.5GHz Snapdragon 615 octa-core processor while the latter is powered by a 1.7GHz MediaTek MT6572 octa-core processor. TENAA photos of the device appear to show a metal body, fitting with earlier rumors, and a source also states that the phone will indeed have an all-metal body.

The phone is also said to have a 2.5D glass screen and be 6.3mm thick and weighing in at 139g, but apparently it doesn’t have a fingerprint sensor. A further claim in this new report is that the Oppo R7 will be priced to challenge the Galaxy A7. That phone is currently priced at around â‚¬400 to 450 as a rough indicator of what we can expect, although we should point out that we cannot verify the above information at this time.

We’ll be following further developments for the Oppo R7 and will bring more news as we hear it. In the meantime we’d like to know what you think about the specs and price information from these latest leaks? Drop us your comments in the box below.