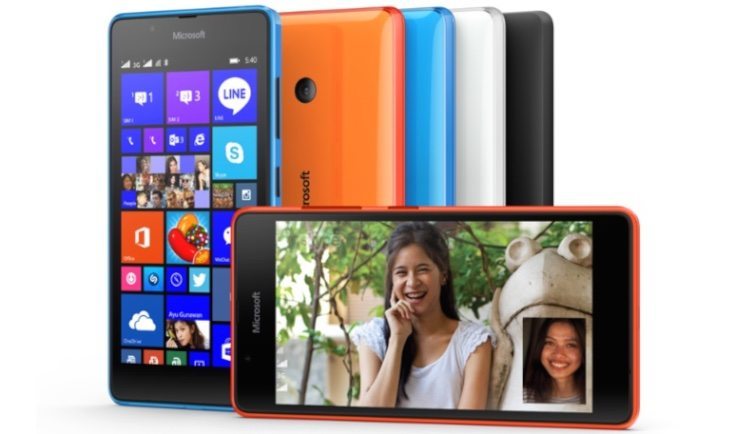 This is merely a snippet of news, but nevertheless one that many smartphone buyers have been waiting for. The Microsoft Lumia 540 Dual SIM was made official last month and a price was also given. It’s due to release in May and now the Lumia 540 Dual SIM India launch date has been set.

Invitations have just been issued for the launch event for this phone to take place on May 14, so there’s only another day to wait! The new Lumia is likely to be extremely popular going by the success of other recent Lumia devices, and it will be affordably priced. Specs of the Lumia 540 include a 1.2GHz Snapdragon 200 quad-core processor, a 5-inch IPS display with resolution of 1280 x 720, 1GB of RAM, and 8GB of internal storage (expandable via microSD to 128GB).

Further specs of this handset include an 8-megapixel rear camera with LED flash, a 5-megapixel front-facing snapper, and a 2200 mAh battery. The dual SIM phone will release running Windows Phone 8.1 with Lumia Denim, and connectivity options include 3G, WiFi 802.11 b/g/n, Bluetooth 4.0, and GPS. It measures 144mm x 73.69mm x 9.35mm and weighs 152g, and comes with FM radio and a 3.5mm audio jack.

The Lumia 540 comes in black, cyan, orange, and white color options, and while the price for India hasn’t yet been announced, we do know that it was initially unveiled with a price tag of $149. That currently equates to around Rs. 9,530, but please bear in mind that this is only an indicator, as the US price is before taxes and subsidies and also pricing can vary quite a lot from market to market.

Are you hoping to purchase the Microsoft Lumia 540 Dual SIM? What price are you willing to pay for this phone? We’re always interested to receive your comments.