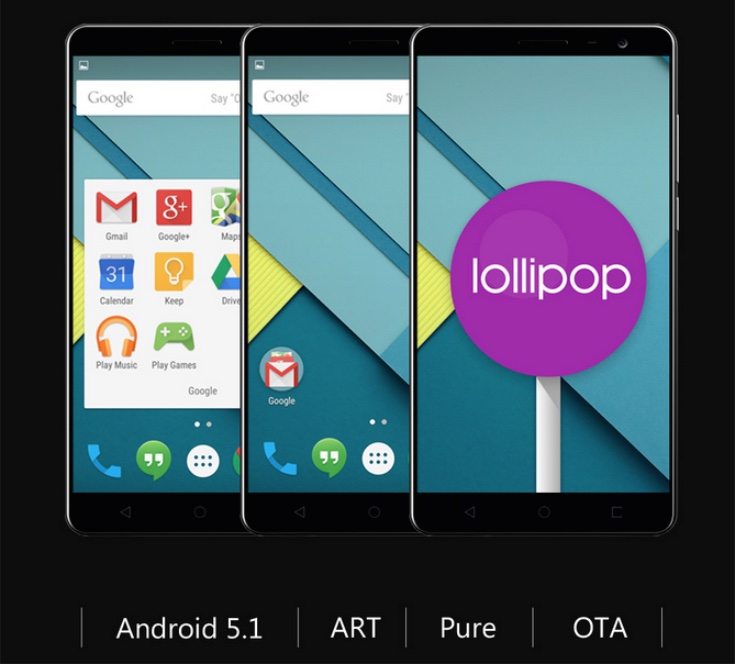 The Bluboo X550 was officially introduced last month and although we knew about its whopping battery capacity other specs were a little sparse. We also knew it would have a competitive price tag, and now the Bluboo X550 price has been revealed. We also have some further specs of the smartphone as well as some images.

In our initial report on the X550 we noted its gigantic 5300 mAh battery, something that may attract the attention of plenty of smartphone buyers. If you’ve been waiting for more there’s good news, as although the company is based in China it’s reported that buyers worldwide will be able to purchase it online.

The Bluboo X550 is going to be launched on May 19, so there are just a few more days left to wait, and the smartphone will have different pricing depending on when you buy it. As you can see from the image below, if you purchase it between May 19 and June 4 it will cost you only $149.99. Alternatively if you buy between June 5 and July 4 the price is $159.99. Buyers after July 4 will have to pay $169.99, although to be frank any of those prices are highly competitive. 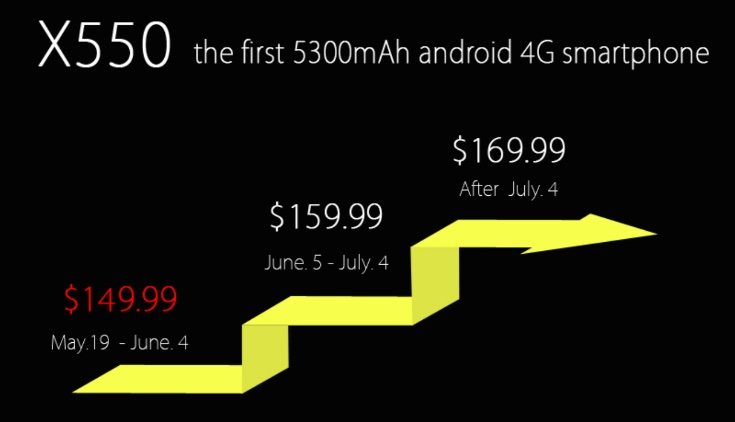 Specs include a MediaTek MTK6735 64-bit quad-core processor, a 5.5-inch display with HD resolution of 1280 x 720, 2GB of RAM, and 16GB of internal storage (expandable via microSD to 64GB). It has an 8-megapixel rear camera, 2-megapixel front-facing snapper, dual SIM LTE connectivity, and of course that massive 5300 mAh battery. Interestingly the battery comes from a US company and due to MediaTek’s PumpExpress Plus technology it has support for quick charging.

The Bluboo X550 will release running Android 5.1 Lollipop out of the box, and design-wise has very slim bezels to the front. It appears to have plenty to offer for the money, and it will be good to see how many buyers will try to get hold of it. Do you think you might purchase the Bluboo X550? If so, is the very large battery capacity the main reason for this? Let us know with your comments.