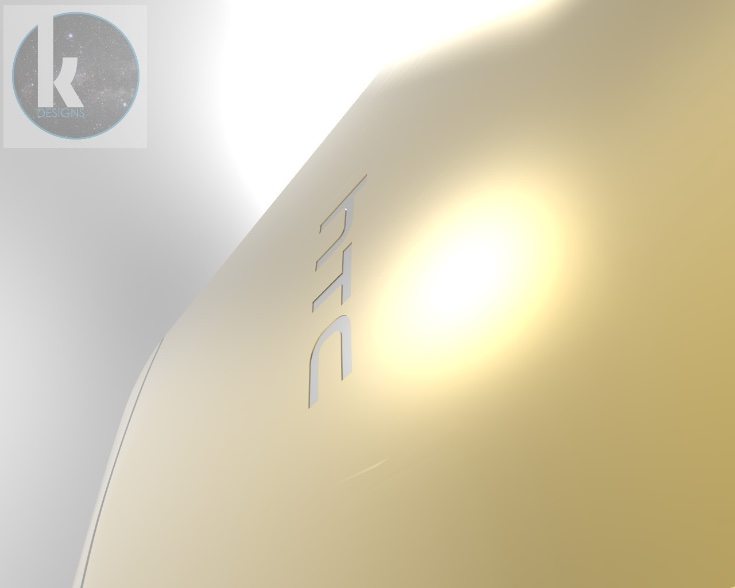 It’s always intriguing to see leaked images of upcoming devices, but another thing we often enjoy looking at is concept ideas. Today we have an HTC One L Prime design tantalizer for a LuX project, and it’s accompanied by some specs for the device. We wonder what you think of this render that is a taster of more to come?

The HTC One M9 flagship released in March and shortly afterwards HTC announced the One M9+ that features a 5.2-inch Super LCD3 screen with Quad HD resolution of 2560 x 1440. This new idea for an HTC One L Prime has a 5.2-inch S-LCD display with resolution of 2540 x 1440 resulting in 500ppi. It comes from Kiarash Kia, and some readers may remember other concepts from this designer such as this idea for the Sony Xperia Z4.

Interestingly Kia says that this is a first teaser for a LuX project with the final design to come soon, and it’s touted as having “special materials” such as leather, special brushed silver, 24K gold, and ceramic. His One L Prime is a narrow and sleek-looking handset at just 6.3mm thick/thin. 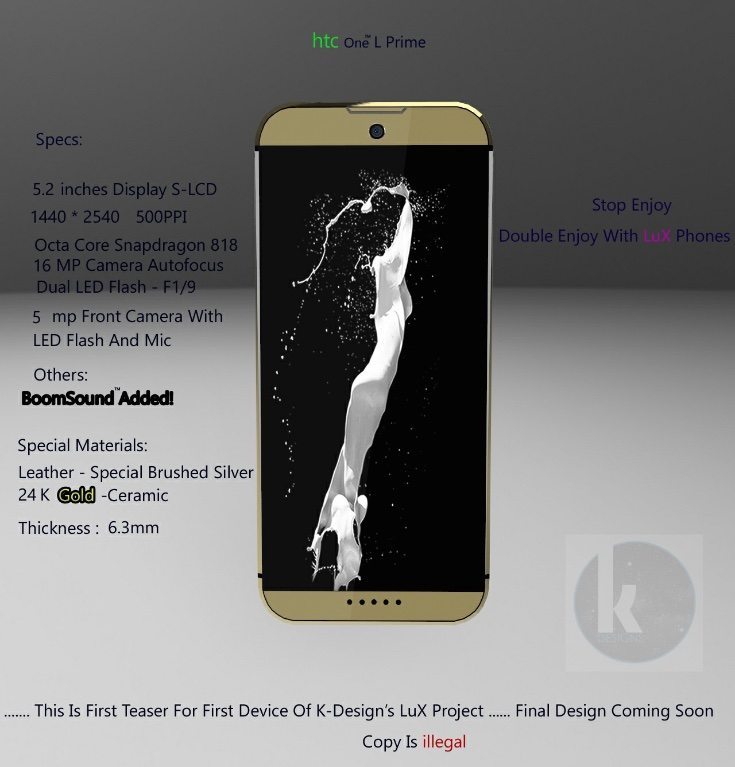 Further imagined specs for the device include a Snapdragon 818 octa-core processor, 16-megapixel rear camera with autofocus, dual LED flash and f/1.9 aperture, and a 5-megapixel front-facing snapper with LED flash and mic. It also features BoomSound as you might expect.

Remember this is just a first look at this HTC One L Prime design, and we’re interested to see the finished article. In the meantime it would be interesting to hear what you think about this HTC creation. Do you want to see more of the One L Prime? Drop us your comments in the box below.