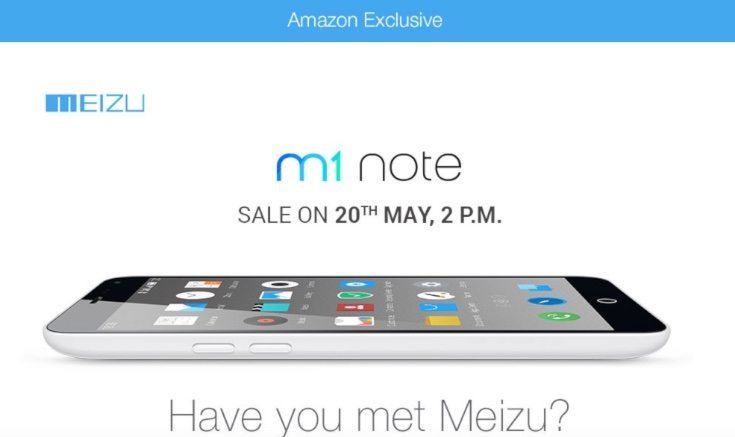 The Meizu M1 Note phablet was made official in December last year when the price for China was announced. In March the company said that the phone was coming to further markets, and now the Meizu M1 Note India open sale will start from May 20. Some buyers will be happy to learn that they will not have to pre-register, as it’s not being sold through the flash sale system.

The phone will be available in the country exclusively through Amazon India, beginning at 2pm on Wednesday May 20. At the moment the company hasn’t announced the Meizu M1 Note price, but in China it released at a very affordable CNY 999. As a rough indicator that’s equivalent to around Rs. 10,250 and in a previous import note spot a price of Rs. 9,810 was listed. However, it’s important to mention that this was before taxes and other charges and does not necessarily reflect the final pricing. We can certainly expect it to be competitively priced though.

The same import documentation also showed that 3000 white models of the Meizu M1 Note and 1000 blue models had been imported, but we would hope that further units have arrived since. When the phone was first announced we gave full specs of the device, and they include a MediaTek MT6752 64-bit octa-core processor, Mali-T760 GPU, 2GB of RAM, and 16GB of inbuilt storage.

You can see more about the Meizu M1 Note at this Amazon product page, where it will soon be available. Are you happy to hear that this phablet will soon be on sale in India? What price are you willing to pay for it? We always appreciate your comments.