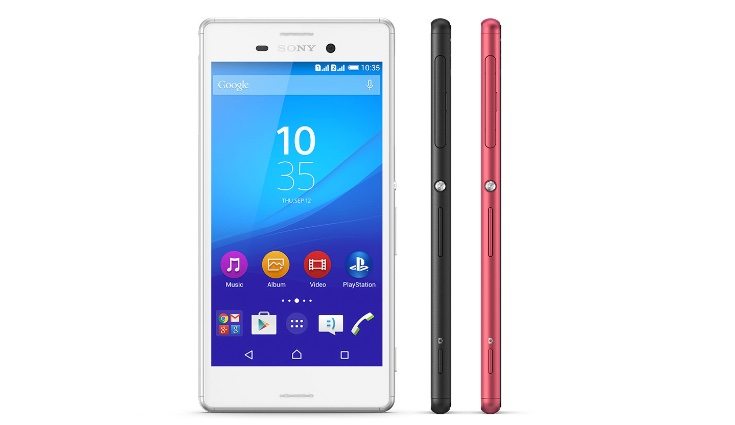 Last week we told how the Sony Xperia M4 Aqua had arrived for sale in the UK, and now it’s the turn of India to get this mid-range smartphone that has waterproof qualities. The Sony Xperia M4 Aqua price for the dual SIM model in India is Rs. 24,990 and it will be on sale in black, coral, or white color options starting today.

Specs for the Sony Xperia M4 Aqua Dual include a 1.5GHz Snapdragon 615 64-bit octa-core processor, Adreno 405 graphics, and a 5-inch display with HD resolution of 1280 x 720. It has 2GB of RAM and 16GB of internal storage that can be expanded via microSD to 32GB. This phone has a 2400 mAh battery and runs the Android 5.0 Lollipop operating system.

It measures 145.5mm x 72.59mm x 7.3mm and weighs 135g, and the phone features the familiar OmniBalance design. Have you already decided that you are going to buy the Sony Xperia M4 Aqua Dual? What are your thoughts on the pricing of this mid-ranger for India? We always appreciate your comments.