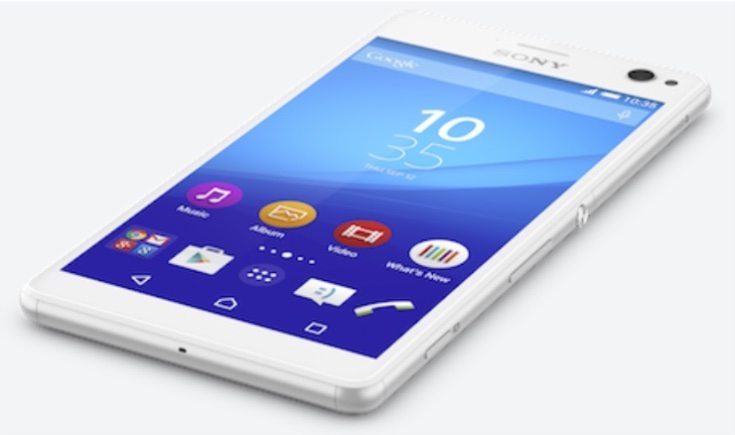 The Sony Xperia C4 and Xperia C4 Dual were officially unveiled earlier this month, and now the Sony Xperia C4 Dual has been announced for India. The company hasn’t confirmed the eventual price yet, but we do have the information you need on specs and more, as well as some news on when this mid-range smartphone will be available in India.

Sony Mobile says that the Sony Xperia C4 price will be given closer to availability of the phone in India, and a timeframe of mid-June has been given for when it will go on sale. The Sony Xperia C4 Dual comes in black, mint, or white color choices, and following the popularity of some other Xperia devices this could be another popular device with smartphone buyers.

Now we get to the specs of the phone, and the Sony Xperia C4 Dual is obviously the dual SIM version of this phone. It packs a 1.7GHz MediaTek MT6752 64-bit octa-core processor, Mali-760MP2 graphics, and has a 5.5-inch IPS display with Full HD resolution of 1920 x 1080 and featuring scratch-resistant glass. It has 2GB of RAM, and 16GB of internal storage that can be expanded via microSD to 128GB.

The Sony Xperia C4 Dual has a 2600 mAh battery that features a Stamina Mode, 3.5mm audio jack, and FM Radio with RDS. It measures 150.3mm x 77.4mm x 7.9mm and weighs in at 147g. This phone runs the Android 5.0 Lollipop operating system. Readers may also be interested in the Sony Xperia M4 Aqua Dual that has also just launched for India.

Do you have your sights set on the Sony Xperia C4 Dual? What do you think would be a realistic price of this phone for the Indian market? We always appreciate receiving your comments.