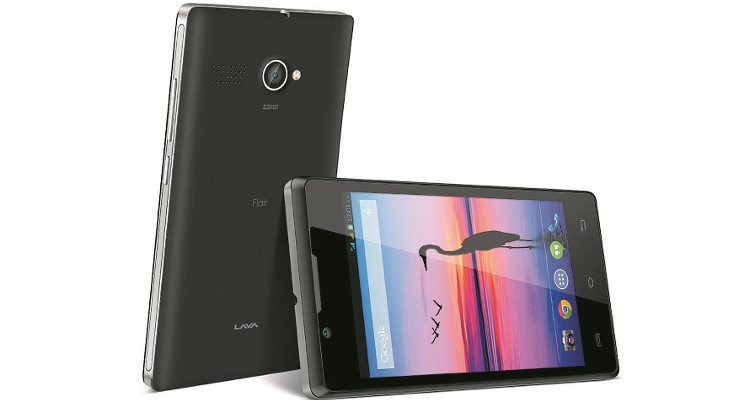 Lava has just introduced a new smartphone for India with the Lava Flair P1. The device is ready to roll in the country, and comes with a budget friendly price tag of Rs. 3,399.

The Lava Flair P1 is comparable in price to the last Lava handset we covered, the Lava Iris 100 Lite. The devices have similar specifications as well, but the Flair P1 has a few things that make it a better choice if you’re in the market for an entry level smartphone. The main differences include additional storage, 3G connectivity, and Android 4.4 KitKat as the Iris 100 Lite ran the ancient build known as Android 2.3.

Small is the first word you’ll think of when holding the Lava Flair P1 in your hand as it features a 4-inch display with a resolution of 480 x 800. It will get it juice from a single-core chip clocked at 1GHz and backed by 256GB of RAM. The internal storage is listed at 2GB and is expandable as well. On the connectivity front, you’ll get Wi-Fi, Bluetooth 2.1, Dual-SIM slots, and 3G. Rounding things out for the Lava Flair P1 is a 2MP rear camera, VGA selfie snapper, and a 1,400mAh battery.

The Lava Flair P1 is available at retail shops throughout India and online in Black or White if you’re looking to pick one up. It’s one of many upcoming Flair devices from Lava, all of which are expected to fall in the budget range.

What do you think about the Lava Flair P1 price compared to its specs?