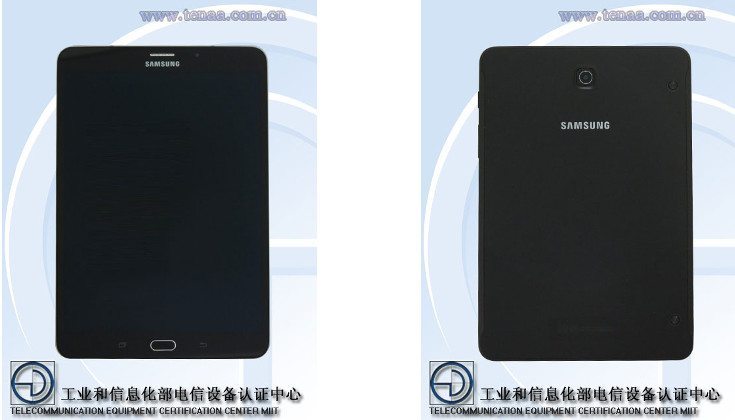 Samsung’s Tab S line proved to be popular last year, and we all assumed it would see a sequel. We’ve seen the Samsung Galaxy Tab S2 pop up several times this year, and we’ve just gotten our best look at it yet thanks to TENAA.

The Samsung Galaxy Tab S2 8.0 looks to be one of many new slates from Samsung, and the slate passing through TENAA certification carries the model number SM-T715. That means it’s the smaller version of the 9.7-inch Samsung SM-T815 we covered back in February when it got benchmarked. That said, it isn’t a dumbed down version of its big brother, as the Galaxy Tab S2 8.0 will have plenty of punch.

We’re still not sure when the Samsung Galaxy Tab S2 release dateÂ will arrive, but the previous model was announced in June, so we should hear something soon. If Samsung brings some of the flair from the Galaxy S6 to their new tablets, they could have a winner on their hands (again) in 2015.

Are you interested in Samsung’s new tablets or are you waiting on the new iPad’s to arrive?