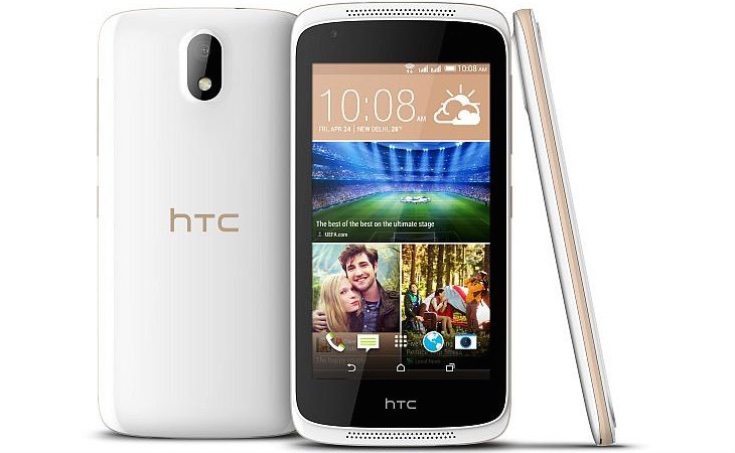 Not everybody wants or needs a high-end smartphone and HTC is still catering for all sectors of the market. The HTC Desire 326G was announced in April and now the price for India has been revealed at its launch in the country. Read on for info on specs, pricing and more.

Although we knew that the phone would arrive for India we didn’t know the price. Now we can tell readers that the HTC Desire 326G Dual SIM has been priced at Rs. 9,590, and buyers will receive Myntra discounts valued at Rs. 5,000 as well as 3 months of Hungama unlimited video and music downloads. It will be available in color choices of Black Onyx or White Birch.

Specs include a 1.2GHz Spreadtrum SC7731G quad-core processor, Mali 400 graphics, and a 4.5-inch FWVGA display with resolution of 854 x 480. The HTC Desire 326G also has 1GB of RAM, 8GB of internal storage (expandable via microSD), and a 2000 mAh battery. There’s an 8-megapixel rear camera with LED flash and 1080p video capture, and also a 2-megapixel front-facing snapper with BSI sensor.

The HTC Desire 826G looks set to be a fairly popular affordable alternative to HTC’s higher-end models, and it will be interesting to see how it sells. Do you think you will buy the HTC Desire 326G?