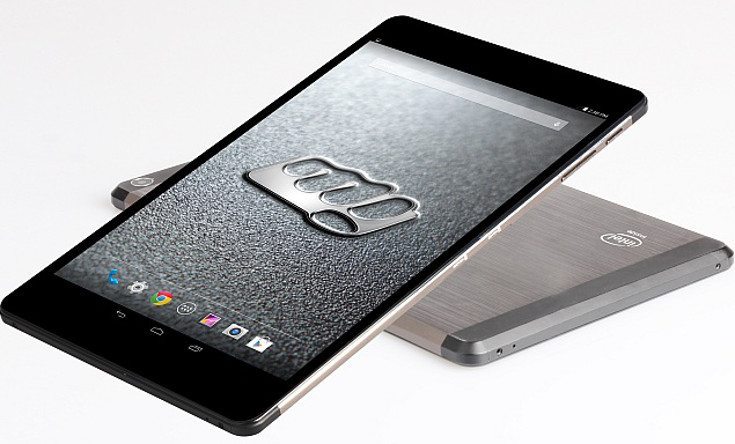 Out of all the Indian manufacturers, Micromax has been one of the busiest releasing dozens of devices in 2015. The Micromax Canvas Tab P690 is the latest device in their tech arsenal, and it’s just landed in India as an option for people in the market for a mid-range slate.

The Micromax Canvas Tab P690 has a larger display with a slightly higher resolution than its predecessor thanks to a 8-inch 1,280 x 800 IPS panel. The rest of the specs remained largely unchanged though, which means you’ll get a 1.3GHz quad-core chip (Intel Atom), 1GB of RAM, 8GBÂ  of expandable storage, and a 5MP/2MP camera combo. Connectivity options include Wi-Fi, Bluetooth, Dual-SIM, GPS, and 3G. The slate runs Android 4.4 KitKat and gets its juice from a 4,000mAh battery.

By comparison, the Micromax Canvas Tab P690 is an incremental upgrade over the P480 aside from the display and battery. That said, the Micromax Canvas Tab P690 runs circles around the previous model in the looks department as it features a brushed aluminum finish that looks quite nice. The tablet will be available across India starting on June 7, and will come with a free flip cover, Kindle E-books and several other goodies as well.