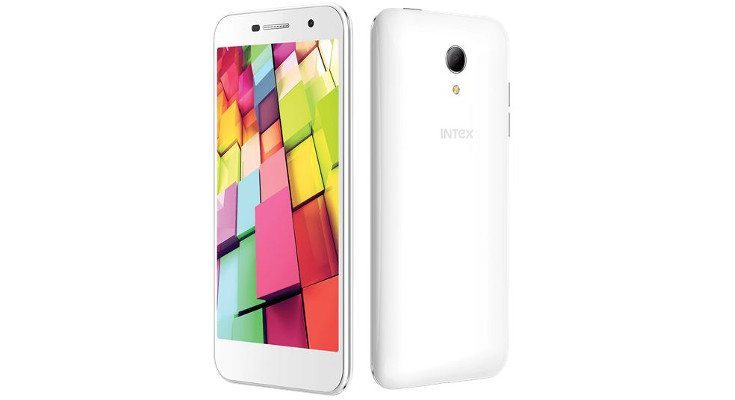 Most of the handsets we cover from India are of the 3G variety and some are still lingering on 2G. That isn’t the case with the Intex Aqua 4G+, which has just been announced for India with a price tag of Rs. 9,499.

Intex may not be the biggest manufacturer in India, but they sure do produce a lot of devices. The Intex Aqua 4G+ is one of three new devices announced by the company this week along with the Aqua 3G Strong and the Aqua 3G Pro. As you can tell by their monikers, those handsets lack something in the connectivity department, but the Intex Aqua 4G+ has you covered.

The Intex Aqua 4G+ specs paint a picture of a mid-ranger that sports a 5-inch 720p display, and is powered by a 1.3GHz MediaTek MT6735 processor. That chip is backed by 2GB of RAM, and the usual 8GB of storage has been bumped up to 16GB of expandable storage. Not too shabby. Other features to note include a 13MP rear camera, 5MP front-facing sensor, Bluetooth, Wi-Fi, GPS, 3G and 4G LTE. The Dual-SIM device gets its juice from a 2,300mAh battery, and will run Android Lollipop 5.0 straight out of the box.

Compared to the most of the other Intex smartphone’s we’ve seen this year, the Intex Aqua 4G+ is quite beefy. It’s more expensive than most at Rs. 9,499/$148 than many of their models, but well worth it if you’re in need of a mid-range smartphone with solid specs that won’t break the bank.

Are you glad to see Intex bump up the specs and add 4G to their newest smartphone?