Some Phones Review readers may recall that last month we gave some specs of the upcoming Samsung Galaxy J5 and Galaxy J7 along with some images from the TENAA certification process. Now some new Samsung Galaxy J5 images have emerged that confirm the design of this mid-range smartphone. These are live images of the device that are much clearer than those we’ve seen previously.

The Samsung Galaxy J5 has model number SM-J500F and from the latest images we can see that as far as the design is concerned, its looks reflect those of the Galaxy J1. There are changes to the measurements of the handset and also the display size, but it has the same full plastic body and a removable back cover that means that the battery is replaceable.

The SIM slot is also positioned under the rear panel, and the images also reveal the Galaxy J5 to be running Android 5.1 Lollipop. This is skinned with the latest version of Samsung’s TouchWiz that features on the Galaxy S6 and S6 Edge. We’ve included just a few of the images here showing the handset from various angles, and you can see more at the source link below. 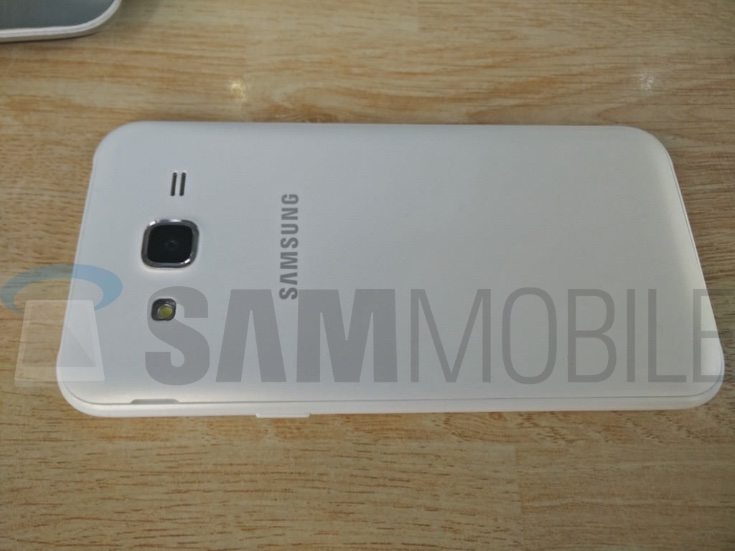 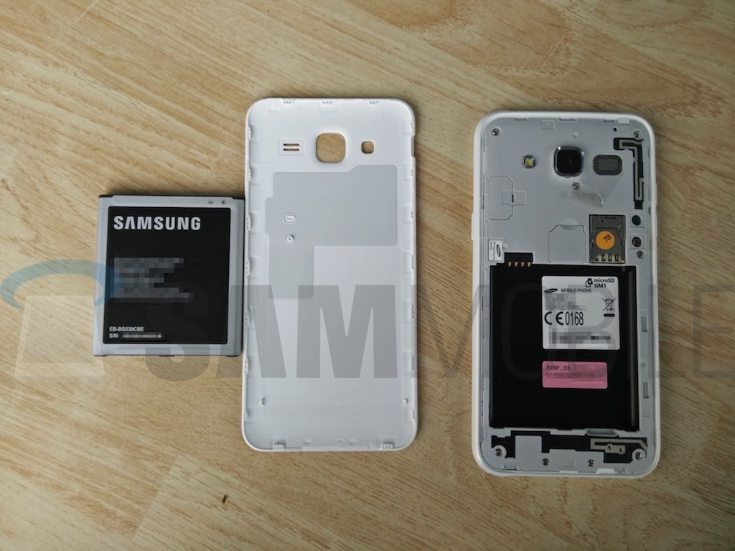 Specs that have emerged for the Samsung Galaxy J5 previously include a 5-inch display with 1280 x 720 resolution, 1.5GB of RAM, and either 8GB or 16GB of internal storage (expandable via microSD). There’s also a 13-megapixel rear camera, 5-megapixel front-facing snapper, a 2600 mAh battery, and 4G LTE connectivity. There’s a little confusion over the processor as earlier leaks showed a 1.2GHz quad-core processor but the recent TENAA spot showed a 1.2GHz octa-core processor instead.

It’s not likely to be too much longer until the Galaxy J5 is officially unveiled though, and hopefully all will be made clear then, including a possible release date. Are you waiting for the wraps to be taken off the Samsung Galaxy J5? Let us have our comments.