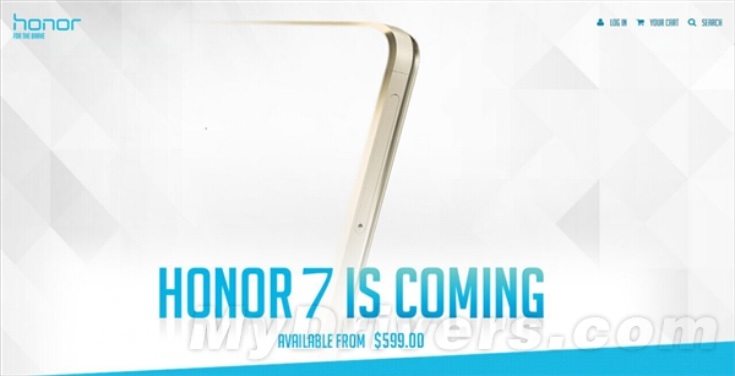 If you’ve been wondering about the upcoming Huawei Honor 7 price we have some news for you today. We’ve previously reported on leaked specs of this smartphone that is set to be made official at an event on June 30, but now a Hauwei Honor 7 price indicator has emerged that looks very plausible.

Huawei recently posted a teaser image for the impending launch of the Honor 7 in China that showed a fingerprint, seemingly confirming a fingerprint scanner for the device. It’s thought to be coming in two variants but up until now we’d heard nothing about pricing or a release date. Now an image has turned up that says “Honor 7 is coming”. Below this are the words “Available for $599.”

Other rumored specs are a 13-megapixel rear camera with LED flash and optical image stabilization, and 3280 mAh battery. Meanwhile the Honor 7 premium version is thought to have 4GB of RAM and 64GB of internal storage, but otherwise the same specs as above. The phone is a dual SIM handset that looks likely to have a metal build.

What are your initial thoughts on this leaked Huawei Honor 7 price? Is it perhaps more than you expected going by prices of other Huawei smartphones? Let us know with your comments.