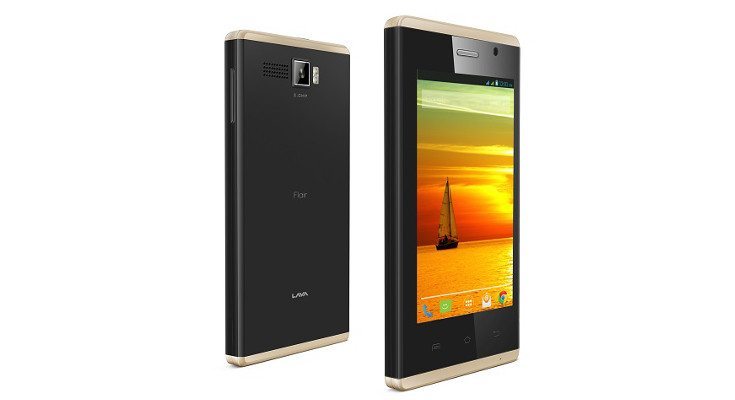 Lava has been busy this month, and the smartphones just keep rolling. Yesterday we told you about the Lava Iris X1 Atom S, and the Lava Flair E1 has just been added to the company’s roster today.

The Lava Flair E1 is another entry-level handset from Lava, and it is actually a step down from the Lava Flair P1 we covered last month. The company cut a few corners to keep the price down and to say it has an “interesting” sense of style would be putting it nicely. The Galaxy S6 Edge it is not…

Lava opted for a 3.5-inch HVGA display for the Lava Flair E1, and beneath it you will find a 1GHz single-core chip along with the usual entry-level combo of 256MB of RAM and 512MB of storage space. The rear camera is listed as a 2MP snapper while the front-facing sensor is a VGA unit. Other features to note include a microSD card slot, Dual-SIM connectivity, Bluetooth, Wi-Fi, and 2G. The Lava Flair E1 will run Android 4.4.2 KitKat and is powered by a 1,300mAh battery.

It’s hard to find many redeeming factors for the Lava Flair E1, but it is definitely easy on the pockets with a price of only Rs. 2,749 or â‚¬38/$43. The Lava Flair E1 will be available in Black Champagne or White Champagne if you’re interested in picking one up.