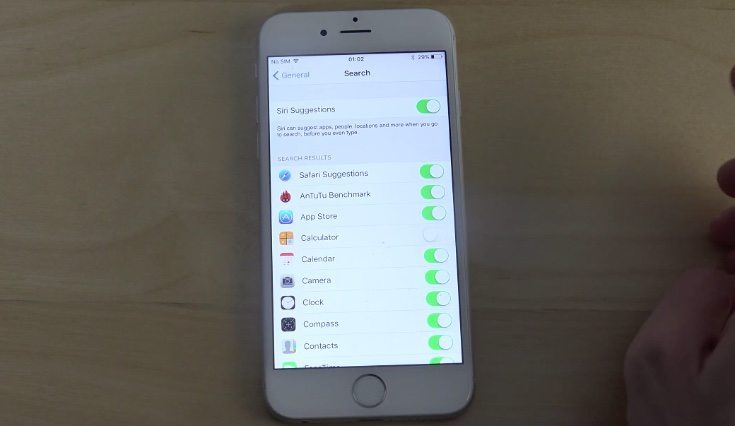 Apple seeded the first beta of iOS 9 to developers earlier this month after the WWDC keynote, and this was followed yesterday by the iOS 9 beta 2 release. Again this is only available for developers as a pre-release version of iOS 9 for iPhone, iPod touch and iPad that will make a public release in fall. Some people are quick off the mark, and so today we can show you an iOS 9 beta 2 review on the iPhone 6.

Only yesterday we shared a video showing a quick speed test between the iPhone 6 on iO9 beta 1 vs. the Android M preview on the Nexus 6. Now iOS 9 beta 2 has appeared as build number 13A4280e. There are some known issues for this latest version including some devices crashing when connecting to Instant Hotspot, and FaceTime calls not connecting on iPhone 6, iPhone 6 Plus and iPad Air 2. It’s always interesting to see new betas appear to see what they bring to the table, and for this we’ve embedded a YouTube video from Adrianisen showing the review.

The video begins with the reviewer heading into settings to show that the iPhone 6 being used is running this latest beta, and then proceeds to show some of the changes with iOS 9 beta 2. Just a few of the minor differences include a new Podcast icon, the Apple Watch app now simply being called Watch, and the Clock app having a new font. The review moves on to discuss battery life, and then shows a glitch that has been fixed since the first iOS 9 beta that is shown in contrast on the iPhone 6 Plus.

The latest beta also incudes a new automatic app deletion feature so that if you need more storage to download iOS 9 it will delete apps to make room and reinstall them afterwards. Some readers may recall that many device users had trouble installing iOS 8 when it released because of the large amount of free storage that was necessary, so this is a good move from Apple.

The iOS 9 beta 2 review on the iPhone 6 also covers aspects such as Music app changes, updated Search toggles, changes for multitasking and more. The review offers a good first look at what iOS 9 beta 2, although of course there are likely to be more improvements and fixes with later builds. When you’ve taken a look at the video below do drop us any comments you have in the box provided.