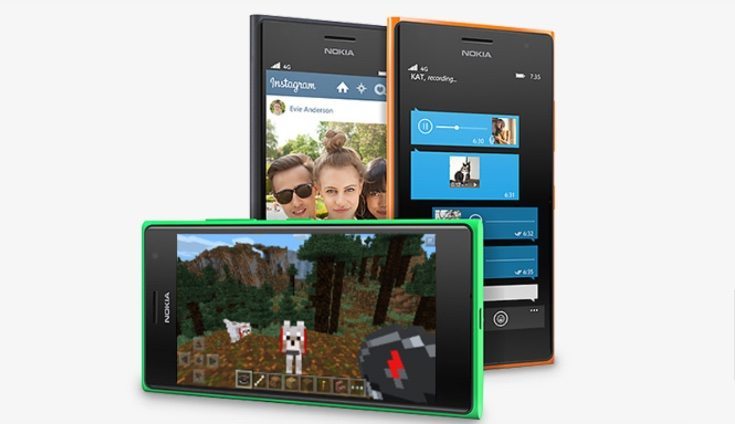 The phone arrived on Verizon with a non-contract price of $192 or at a price of $79.99 on a two-year contract. Now, very shortly after, the carrier has cut the price on a two-year contract to just $29.99. That’s quite a saving, although the contract free price is still $192. Those buying the phone from Verizon before July 31 can also receive a free one-year subscription of Office 365 (Personal) worth $69.99, even with this new lower contract price. The free Office 365 gift app needs to be redeemed before September 14.

We’ll point out that the Verizon Microsoft Lumia 735 can also be purchased through the Microsoft Store online. The full price from there is $199 or the contract price is $49 with some free Nokia headphones while stocks last. The company is also offering a free one-year subscription to Office 365 (Personal) for a limited time.

For the money you’ll get a mid-range handset that has specs including a Snapdragon quad-core processor, Adreno 405 GPU, and a 4.7-inch display with 1280 x 720 resolution. It has 1GB of RAM, 16B of internal storage (expandable), a 6.7-megapixel rear camera, 5-megapixel front-facing unit, and 2220 mAh battery. It runs Windows Phone 8.1 with Lumia Denim, to be upgraded to Windows 10 for Mobile.

It’s good to see a price cut such as this one on a phone that has only recently released on a carrier, so there could be a fair few customers who want to take advantage of it. Are you now going to purchase the Microsoft Lumia 735 on Verizon?