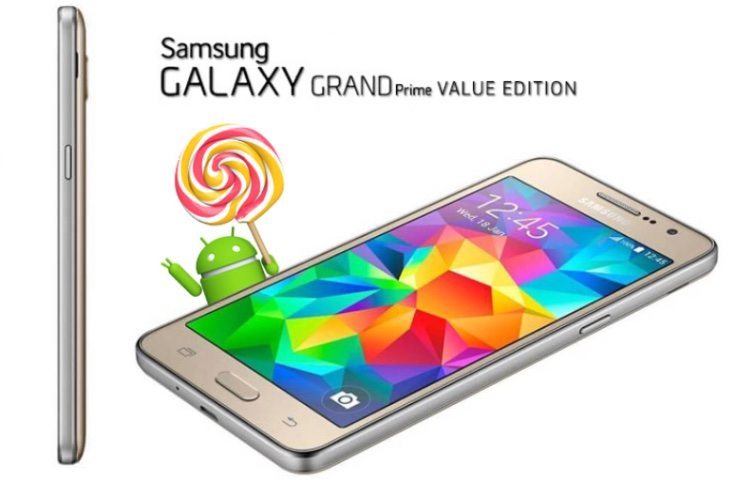 It’s always good to be able to inform readers about operating system updates, and today we can tell you that the Samsung Galaxy Grand Prime VE Android 5.1.1 update has landed. However, this is unlikely to affect many users of this device, as the Value Edition of this phone hasn’t even been made official yet. The news could also exasperate owners of the original Samsung Galaxy Grand Prime as it’s still languishing on Android 4.4 KitKat.

The standard Galaxy Grand Prime released last year on Android KitKat. but the Android Lollipop update has been delayed for this smartphone. This has already frustrated many owners of the phone, and recently this was exacerbated by news of a Samsung Galaxy Grand Prime Value Edition. A benchmark filing showed that the Grand Prime VE version was running Android 5.0 Lollipop, as shown in a benchmark filing, even though the original is still on KitKat.

Now to add an even bigger spoon to the mix, the update to Android 5.1.1 has started to roll out for the Samsung Galaxy Grand Prime VE (model SM-G531) in some regions. The official update is available via Kies as firmware version G531FXXU1AOF7 for the Value Edition of the handset in Poland, while firmware version G531MUBU1AOFB is now available in Panama. The files are approximately 730MB in size.

Improvements with the Android 5.1.1 upgrade include enhancements to the lockscreen interface, the new TouchWiz UI, changes in notifications, bug fixes, and stability and security optimizations. As this update has arrived for the Samsung Galaxy Grand Prime VE in some regions it’s likely to be made available for further markets before too much longer. Sadly, there’s still no news on the Android Lollipop update for the first Galaxy Grand Prime.

Are you the owner of an original Samsung Galaxy Grand Prime? Do you feel dissatisfied that this update has arrived for the new Value Edition of the phone but is still missing in action for the standard edition? Drop us your comments in the box below.