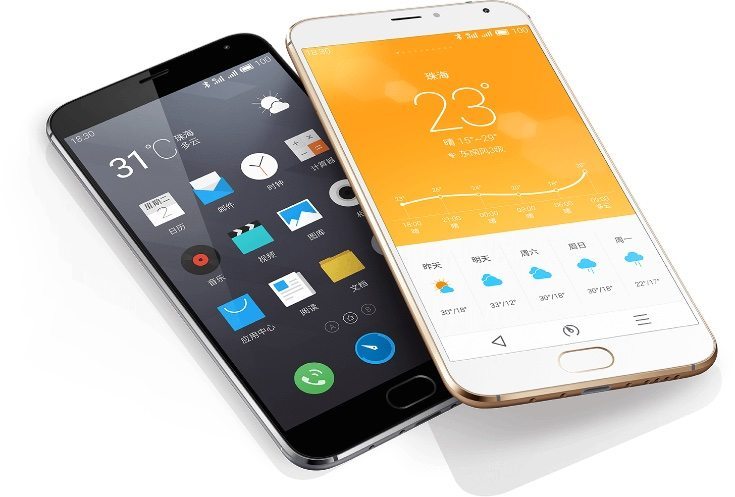 Just as expected the Meizu MX5 flagship smartphone has been made official today. It’s a premium handset with some high-end specs and a very reasonable price. All this adds up to enhance Meizu’s growing reputation for offering very decent value for money phones. Read on for the lowdown on Meizu MX5 specs, pricing and more.

Last week we gave readers some leaked specs on the MX5 from a benchmark appearance. Now Meizu has confirmed specs and other details these turned out to be largely accurate. It’s made of high-quality materials with a full metal build, and it packs a 2.2GHz Helio X10 Turbo octa-core processor, and PowerVR G6200 graphics. There’s a 5.5-inch AMOLED Full HD display with resolution of 1920 x 1080, 3GB of RAM, and internal storage models of 16, 32, and 64GB.

The Meizu MX5 has a sizeable 3150 mAh battery that features mCharge tech, a kind of fast charging capability. It’s equipped with a 20-megapixel rear camera with Sony IMX220 sensor, laser autofocus, dual-tone LED flash, and 4K video capture. You can add to that a 5-megapixel front-facing shooter. The phone weighs 149g and is only 7.6mm thick.

Interestingly the official launch of the Meizu MX5 comes on the same day as the Huawei Honor 7 that we reported on earlier. Are you pleased to hear that the Meizu MX5 has finally been made official? Maybe you’re impressed at the competitive price of this new Meizu smartphone?