The Karbonn Aura price and availability announced for India 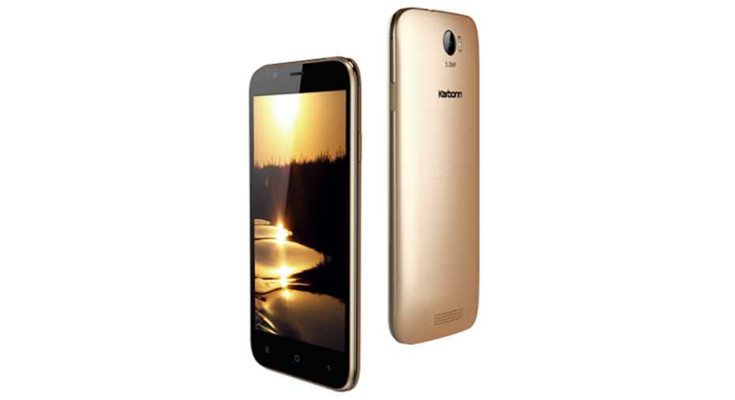 Karbonn has announced a new phone for India today in the Karbonn Aura. It’s an entry-level device that’s available starting today, and it will only set you back Rs. 4,990.

The last time we checked in on Karbonn, it was with the Karbonn Alfa A120, which showed up back in April. Unfortunately, it doesn’t appear the company has made much progress in the specs department between those releases as the Karbonn Aura is quite similar to the Alfa and a bit more expensive.

The IPS panel found on the Karbonn Aura is listed at 5-inches with an unknown resolution. The mysterious trend continues with the chipset which is a 1.2GHz quad-core chip, and you’ll get the usual entry-level combo 512MB of RAM and 8GB of expandable storage. As for the camera combo, it’s listed at 5MP/2MP while the connectivity options include Bluetooth, Wi-Fi, GPS, and 3G. The Dual-SIM handset is powered by a 2,000mAh battery and runs Android 4.4.

When compared to the Alfa A120, the Karbonn Aura is a slight upgrade with a bigger display, better front-facing snapper and more storage. The company managed to keep the price comparable at Rs. 4,990, but will still have a tough road ahead as there are similar handsets in the range with more power or features.