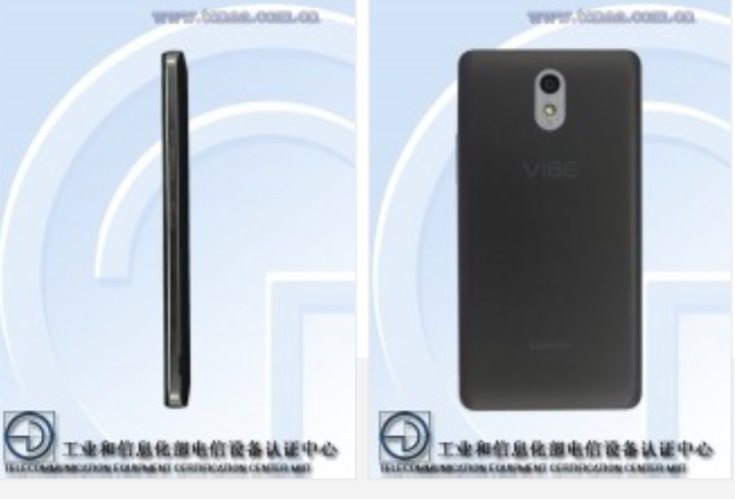 Readers with good memories may remember that way back in February we reported on some new Lenovo smartphones that were in the pipeline. It was thought that these were going to be unveiled at MWC but that failed to materialize. One of these phones was the Vibe P1, and now some Lenovo Vibe P1 specs have shown up in the certification process.

It’s always good to see further signs of previously leaked handsets so that we know they are still in the works. In the earlier leak there were only a few details of the phone, but the Lenovo Vibe P1 has just turned up for TENAA regulatory certification in China and this gives us some further information along with some images shown here.

For a start the Lenovo Vibe P1 specs include a 1.3GHz quad-core processor, and although TENAA doesn’t state exactly which chipset is used it will be a Snapdragon 410. This snippet contradicts the earlier leak, which suggested an octa-core processor for the Vibe P1.

The phone measures 143mm x 72mm x 9.35mm. Frustratingly the appearance at TENAA doesn’t show the battery size. However, previously we heard that this was going to be one of the strengths of the phone and a 4000 mAh battery was tipped along with quick charging support. It will be good to hear if this pans out, and hopefully it won’t be too much longer before Lenovo makes this phone official.

Interestingly the leak back in February also mentioned a Lenovo Vibe P1 Pro rumored to have a whopping 5000 mAh battery and a fingerprint scanner. Lenovo is having plenty of success lately with some of its competitively priced smartphones, and much will depend on the Lenovo Vibe P1 price point. We’ll bring more on this upcoming smartphone as we hear it.

What are your thoughts on these Lenovo Vibe P1 specs? Does this sound like a smartphone that might interest you? Send your comments to let us know.