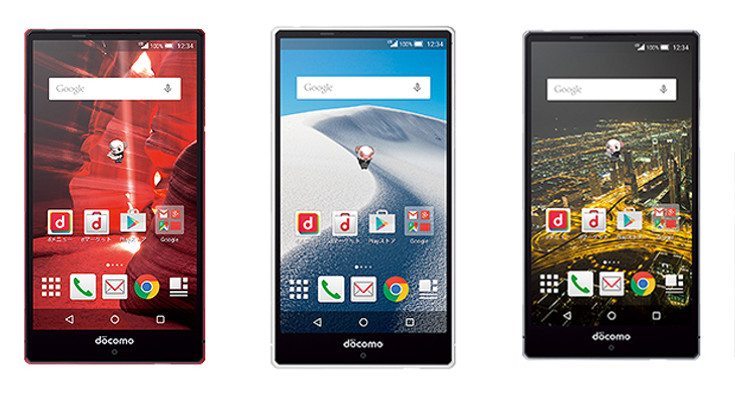 We’ve seen some interesting phones come through NTT Docomo over the years, and you can now add another to the list. The Sharp ZETA isn’t a themed device or variant, but a new high-end handset from an unlikely source.

Sharp has slowly been building up their smartphone portfolio and the Sharp ZETA is the latest handset in their arsenal. While it looks to be an exclusive through NTT Docomo in Japan, it’s a phone that caught our eye due to its solid specs. Well, that and those slim bezels…

As you can see from the pics, the Sharp ZETA has some similarities to the Crystal Aquos line in the design department. It’s a phablet-sized device with a 5.5-inch FHD display and a sleek metal frame that comes in three different colors.

Under the panel resides the popular Snapdragon 810, which is backed by 3GB of RAM and you’ll get 32GB of storage to work with as well. The front-facing camera is listed at 2.1MP, but the rear snapper is a robust 13MP super-wide sensor with OIS and the ability to handle 4K video.

As far as those flagship features are concerned, the Sharp ZETA SH-03G comes with a fingerprint scanner on its backside, has DTS surround sound, and is water-resistant to a degree. All the usual boxes appear to be checked in the connectivity department and a large 3,000mAh to keep the lights on. Last but not least, is the OS which is listed as Android 5.0 Lollipop.

If you live outside of Japan, you may not be able to get your hands on the Sharp ZETA… if it weren’t produced by Sharp. Several of the company’s handsets have made the journey to the states including the Sharp Aquos Crystal. That means we could see a variant of the Sharp ZETA down the line, and if that happens we’ll be on hand to give you the scoop.

Would you like to see the Sharp ZETA come to your neck of the woods?