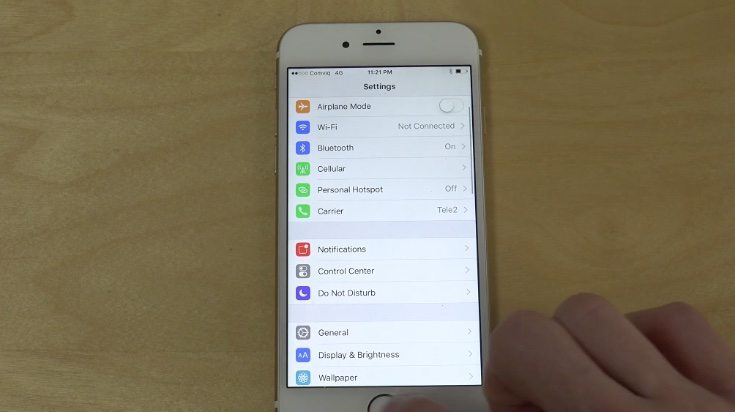 Something that many iOS device users are already looking forward to is the public release of iOS 9 in fall. At present it’s in the beta stages and earlier this month Apple seeded iOS 9 beta 3 to developers. Yesterday Apple made iOS 9 beta 4 available to devs, and today we can show you an iOS 9 beta 4 review on the iPhone 6.

This pre-release version of iOS 9 has build number 13A4305g and is for iPhone, iPod touch, and iPad. It brings new additions and improvements such as a new Handoff interface, home sharing support for Music, new HomeKit options under Notifications and more. Sometimes it can be good to be able to see the changes and for this we’ve embedded a video review of iOS 9 beta 4 below this post.

The YouTube video comes from regular contributer Adrianisen and shows a concise 6-minute look at what the new beta of iOS 9 brings to the table on an iPhone 6. As you might expect the latest beta contains some minor updates, and first the reviewer heads into Settings to show a changed Notifications icon color. Taking a look at Spotlight search we next see the addition of Bing web results.

The review goes on to show that Siri is still lacking the familiar sound we associate with it and then shows the addition of Home Sharing under Music. There are also a few glitches evident, as sometimes happens with beta versions, and it’s noted that scrolling in multitasking is a little slow. Apple News also gets a mention (see more here), and you can see it all for yourselves when you view the video below.

The reviewer notes at the end of the video that the iOS performance is a little sluggish and feels that Apple needs to improve the system to step up to the competition from the Android platform. No doubt you’ll have your own opinions on that and we’d like to hear them. Drop us any comments you have about iOS 9 beta 4 in the box below.