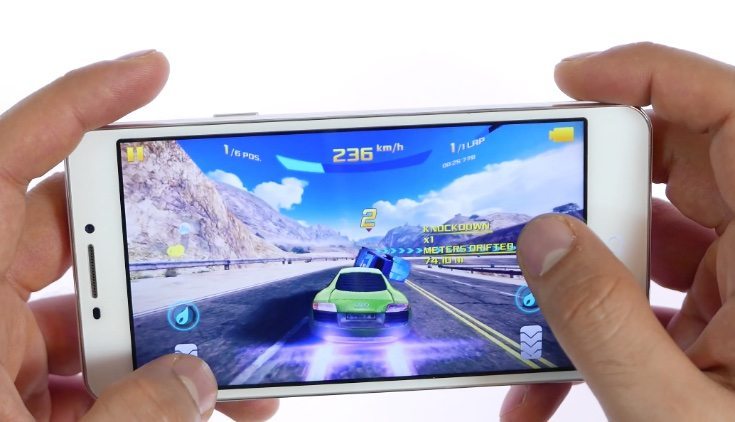 Readers in India will already know about the popularity of the Micromax Yu Yureka, and two days ago the Yu Yureka Plus was launched. The phone is about to become available in India and it features many of the specs of the original Yureka with the odd upgrade. If you’re wondering whether to get the new smartphone you might like to take a look at a Yu Yureka Plus review on gaming performance and a benchmark.

The first Yu Yureka Plus flash sale will be on Amazon.in on July 24th, so there are only two more days until your chance to get your hands on it. It’s priced at Rs. 9,999 and you can check out full specs in our launch article on the phone. However, key specs include a Snapdragon 615 octa-core processor, Adreno 405 GPU, and 2GB of RAM so it should offer a decent performance. You can enjoy gaming on the large 5.5-inch display with Full HD resolution of 1920 x 1080.

If you’re a fan of mobile gaming you’ll want an idea of what it offers in this respect, and the YouTube video that you can see below shows a benchmark and gaming review of the Yu Yureka Plus from iGyaan. At the beginning of the video the differences between the Yureka Plus and first Yureka are highlighted, and then an AnTuTu benchmark test is run.

The benchmark score is 36,177 and the reviewer notes this is lower than expected. It doesn’t quite match the AnTuTu score for the original Yureka but it’s felt this this is likely to be because of the Full HD display of the Yureka Plus. However, heading into the performance indicators shows that general performance surpasses 99% of other devices while gaming performance is better than 60%.

The review continues by showing some gameplay on the Yu Yureka Plus. The reviewer notes some frame loss and jittery performance at first but also says that gameplay is good and that the speakers seem to be improved. You can then sit back and watch several minutes of Asphalt 8 and GTA to see the gaming experience offered by the new phone. At the end of the review the verdict on gaming with the Yu Yureka Plus is pretty favourable.

When you’ve taken a look at the video it would be interesting to see if you agree with the conclusion offered by this Yu Yureka Plus gaming review? We’re always interested to hear what readers have to say.