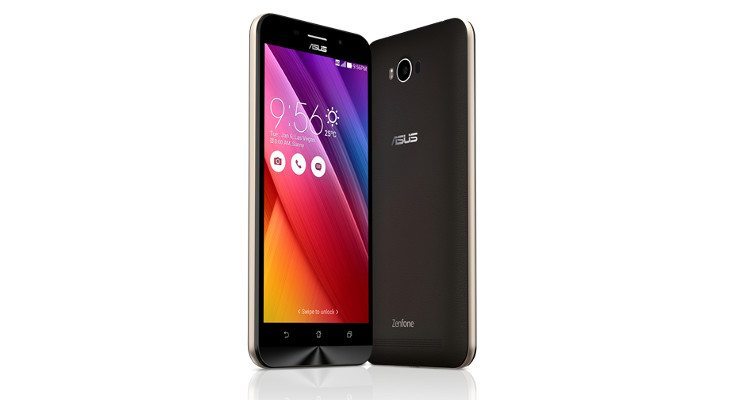 We knew Asus was going to bring the ZenFone Selfie and ZenFone 2 Laser to India along with the ZenFone 2 Deluxe. Well, those weren’t the only devices to show up at the ZenFestival as they also announced the Asus Zenfone Max.

The Asus Zenfone Max has just been announced for consumers in India, and while it resembles many of the manufacturers other handsets, it has a very large battery. Asus has dropped a 5,000mAh power plant into the Zenfone Max, and that big battery can do double duty as a powerbank to charge up other devices.

As for the specs, the Asus Zenfone Max is going to fall into the mid-range category with its 5.5-inch 720p panel and quad-core Snapdragon 410 processor. Thankfully, you’ll get 2GB of RAM to help move things along and the storage capacity is listed as 8GB or 16GB although both are expandable up to 128GB through a microSD card slot.

On the backside of the Asus Zenfone Max, you’ll find a 13MP sensor with laser autofocus and a real tone flash. The rear provides a 5MP snapper for your selfies and sports an 85-degree wide angle lens. Connectivity options for the Asus Zenfone Max include Bluetooth 4.0, GPS, Wi-Fi, 3G, and 4G LTE. The dual-SIM smartphone will run Android Lollipop 5.0 with the Zen UI on top and is powered by the aforementioned 5,000mAh battery.

It’s safe to say Asus is going to have something for everyone in India this year, and we’ll probably see a few more handsets or variant pop up before 2016 rolls around. The Asus Zenfone Max will hit India in October, but pricing has yet to be announced.