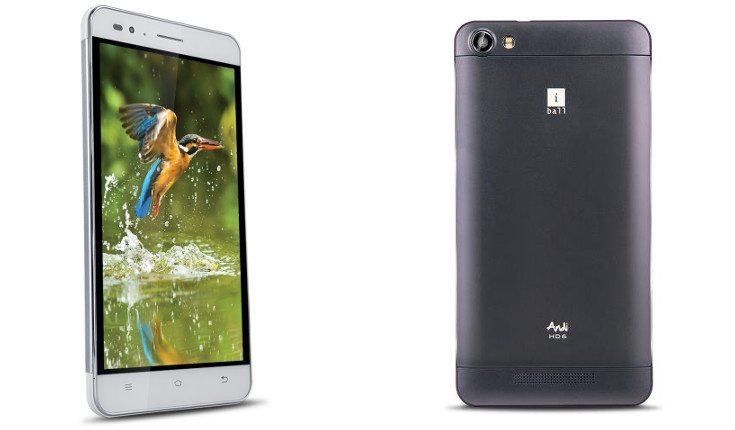 iBall announced a couple of new devices last month, and the iBall Andi HD6 is one their first smartphones for August. It’s a bit larger than your typical handset, and it is ready to roll for Rs. 6,999.

We’ve seen a number of Note-sized devices this year, so it’s not uncommon to see smartphones with displays in the 5.5-inch range. iBall decided to bump things up a notch with the iBall Andi HD6, as it sports a large 6-inch panel with a resolution of 1,280 x 720. The chip running the show is listed as a 1.3GHz quad-core processor, and it will be backed by 1GB of RAM. You’ll get 8GB of storage to work with as well, but it’s expandable thanks to a microSD card slot.

On the backside of the iBall Andi HD6 you’ll find an 8MP sensor while the front-facing camera is listed at 5MP. All the usual sensors are present and connectivity options include Bluetooth, Wi-Fi, FM Radio, and 3G. The dual-SIM handset is powered by a large 3,000mAh battery and runs Android 4.4 KitKat out of the box.

The iBall Andi HD6 is available to purchase at retail shops in India with a price of Rs. 6,999. The company also looks to have a speedier (and more expensive) handset on the way as well in the iBall Cobalt 6,Â which is listed on their website with no mention of a price or release date.