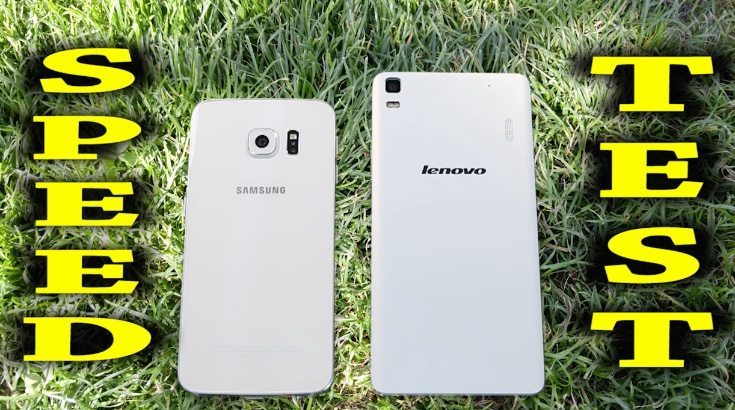 There has been a massive amount of interest in the Lenovo K3 Note, an affordable handset that offers real value for money. At the other end of the spectrum are the expensive flagship devices that many of us are prepared to spend a lot of money on. Can the K3 Note compare in speeds with one of these, the Samsung Galaxy S6 Edge? Today we’re finding out with a Samsung Galaxy S6 Edge vs Lenovo K3 Note speed test comparison.

Recently we shared a speed-testing look at the K3 Note vs LG G4 flagship, and the results were a big surprise. The far cheaper Lenovo smartphone romped home the winner against all the odds, so can we expect a repeat performance when it’s compared with the higher-specced and much higher-priced Samsung Galaxy S6 Edge?

Below this article we’ve embedded a YouTube look at speed testing with the Samsung Galaxy S6 Edge vs Lenovo K3 Note from L BS. It shows a comprehensive variety of tests and counters for each phone that rack up for the winner after each test. The handsets are shown alongside each other and the video begins with heat from the devices being measured followed by the Ookla SpeedTest.

After this you’ll see various other speed tests including apps being opened, web browsing, scrolling, YouTube videos, and games being loaded. There’s also some benchmarking with AnTuTu, Geekbench, and 3DMark Ice Storm Unlimited, and finally a bootup speed test. It may have been a step too far to think the K3 Note could win again, this time against the Samsung Galaxy S6 Edge. However, we should point out that in many cases the difference between the two was hardly noticeable

We’re not going to tell you the overall result so that you can find out when you view the video. What are your thoughts on this speed test comparison of the Samsung Galaxy S6 Edge and Lenovo K3 Note? Send your comments using the box provided below.