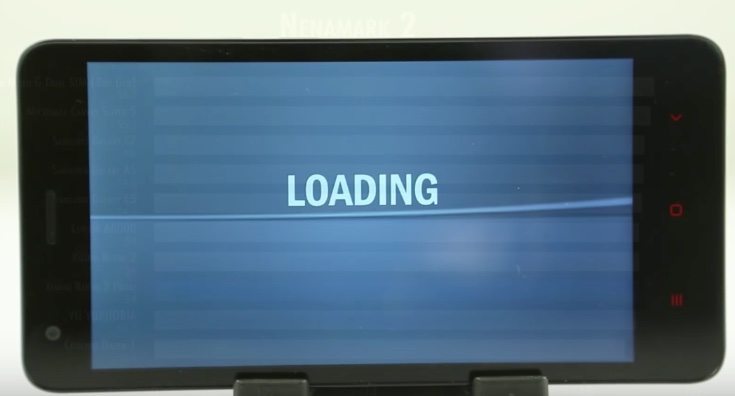 The Redmi 2 Prime is a higher storage option of the standard Redmi 2 and we recently reported on its India launch. It combines a very competitive price tag with decent specs for the money, and is likely to be a big seller. Today we are looking at Xiaomi Redmi 2 Prime benchmarks, and the results compared with some other smartphones in a similar sector of the market.

For full specs, price and more of the Redmi 2 Prime you might like to check out our recent specs comparison of it against the Lenovo A6000 Plus. Key specs as far as performance is concerned are a 1.2GHz Snapdragon 410 quad-core processor, Adreno 306 graphics, and 2GB of RAM. It has a 4.7-inch display with 1280 x 720 resolution.

Benchmark testing has been carried out by Fone Arena and the YouTube video that you can see below shows numerous tests being conducted on the Xiaomi Redmi 2 Prime. These are Quadrant, AnTuTu 5, Vellamo 2.0, Linpack, Geekbench 3.0, GFXBench 2.7, Nenamark 2, Basemark X, 3DMark Ice Storm Unlimited, and Basemark OS II.

When you watch the video you’ll see all of the individual benchmark scores for the Redmi 2 Prime, and after each test a table showing how the result compares with some other handsets. Just a few of the other devices that it’s compared with are the Moto G 3rd gen, Yu Yuphoria, Coolpad Dazen 1, Samsung Galaxy A3, and Lenovo A6000.

It’s fair to say that the benchmark performance of the Redmi 2 Prime is mixed. On the majority of occasions the phone finishes up in the bottom half of the table, though in some tests (notably Basemark OS II) it achieves a better result. It would be interesting to know what you think of the performance of the Xiaomi Redmi 2 Prime in this benchmarking? Why not send us your comments to give us your opinions.