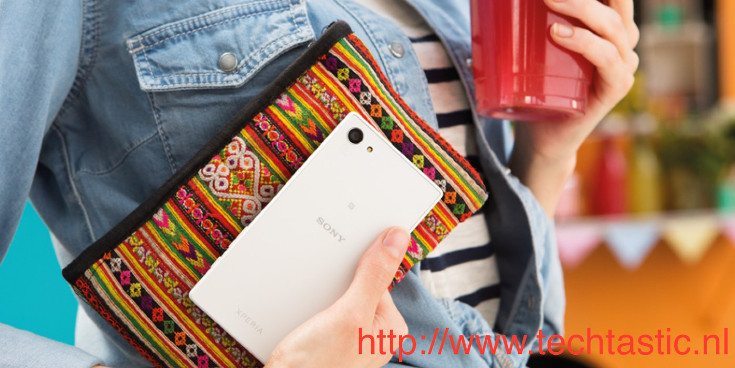 IFA is rapidly approaching and Sony is one of several manufacturers gearing up to show off new products. The Sony Xperia Z5 Compact is rumored to make an appearance, and it may have just been spotted in a new promo image ahead of the big show.

A leaked promotional image has appeared that shows a device believed to be the Sony Xperia Z5 Compact. While leaks of the device have been few and far between, it lines up nicely with everything we know and have seen so far and we fully expect it to be shown off at IFA alongside Sony Xperia Z5 and a few other gadgets.

As for the Sony Xperia Z5 Compact specs, the rumor mill has been relatively quite on that front. The handset is believed to have an embedded fingerprint scanner in the home button, which is (still) located on the side of the device. A dedicated camera button should also make an appearance, but contrary to previous rumors, Type-C USB charging will not. Other rumored specs include a Snapdragon 810, 3GB of RAM, and a screen in the 4.7-inch range.

Sony has got a lot of ground to make up in 2015 as Samsung, LG and Apple appear to have a stranglehold on the mobile world at the moment. It doesn’t appear Sony is ready to switch up their style just yet, but the Sony Xperia Z5 Compact “may” turn out to be a popular device depending on the final specifications and how Sony decides to release it.

Are you excited for the Xperia Z5 Compact or is it time for Sony to do something different?