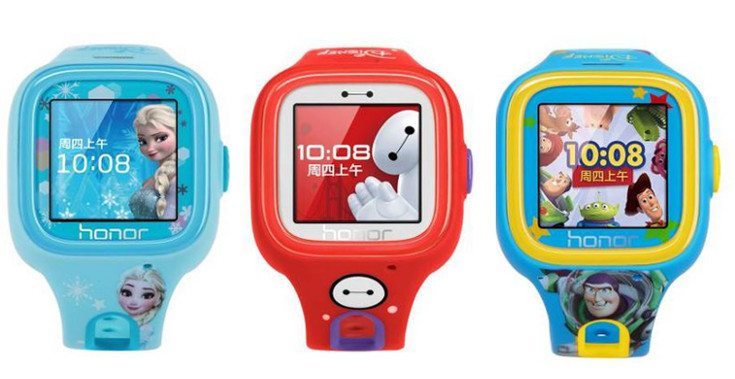 There has been plenty of smartwatch news this year although we haven’t heard much about gadgets geared towards kids. The Huawei Glory small K smartwatch has been announced as a new wearable for children, and it’s a device you’ll want to see get a wider release if you dig Disney.

The Huawei Glory small K smartwatch for children has shown up over on Vmall for purchase in China, and it’s available in four different styles. The Disney themed device isn’t the first collaboration we’ve seen between the House of Mouse and the Far East this year either as the LG SD801 Disney Phone was announced for Japan back in June. While our translation skills aren’t the best, here’s what you can expect from the Huawei Glory small K smartwatch for kids.

The Glory will sport a 1.3GHz PMOLED panel with a resolution of 128 x 128, and it will be powered by a 300mAh battery. We couldn’t find any info on the rest of the tech specs, but it’s more of a tracker for your kids than an actual smartwatch. With that in mind, it has a nano-SIM card slot, Bluetooth 4.0, and two-way voice communication to help you keep tabs on your tot.

In addition to the connectivity options, the Huawei Glory small K is waterproof & dustproof with the IP55 tag and comes with a variety of software features like SOS emergency, security zone, and remote care. As for the designs, there are four to choose from with Toy Story, Disney Princesses, Frozen, and Big Hero 6. All are heavily themed from the buttons and bands to the wallpaper — nicely done. 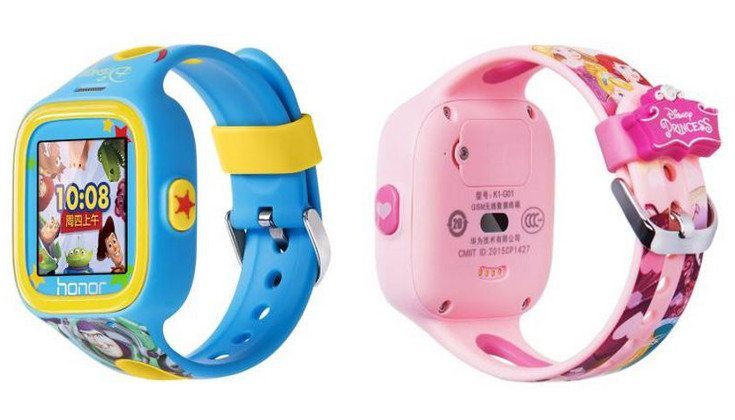 As cool as the Huawei Glory Kids smartwatches are, they are only available through Vmall at the moment and there has been no word on a wider release. The Huawei Glory small K smartwatch price is currently listed at Â¥688, which shakes out to around â‚¬92/$109.

Would you like to see the Huawei Glory small K come to your region?