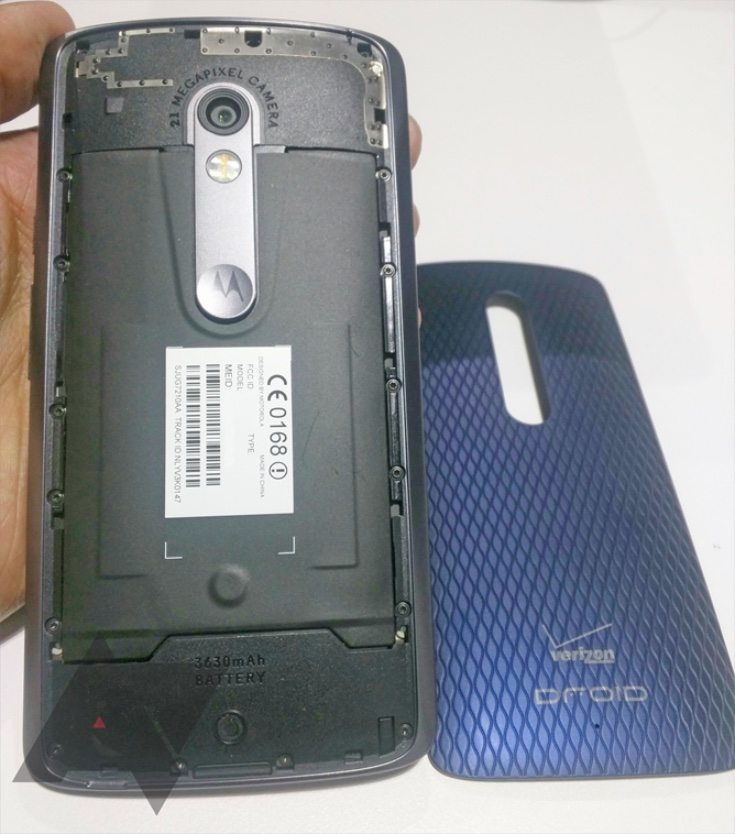 There was a fair amount of consternation when Motorola made its Moto X Play official and we learned it would not be for sale in the US. However, you may have read recent reports that it was to be rebranded as the Droid Maxx 2 for Verizon and heading for a release later this year. Today we have more news on this with some Motorola Droid Maxx 2 live photos that have emerged that show it to be a Moto X Play fit for Verizon.

News that the Moto X Play looked to be heading for the US (at least for some customers) as the Moto Droid Maxx 2 was well received. Specs of the Maxx 2 are expected to be largely the same as for the Moto X Play, and now these new images taken in the wild show that the two handsets do indeed look virtually identical.

The images purport to be of a Motorola Droid Maxx 2 prototype, and one of the only visible differences is the clear Verizon Droid branding on the reverse, just as we’d expect. The image showing what’s under the back cover also reveals a 21-megapixel rear camera and the battery size, both of which are the same as for the Moto X Play. 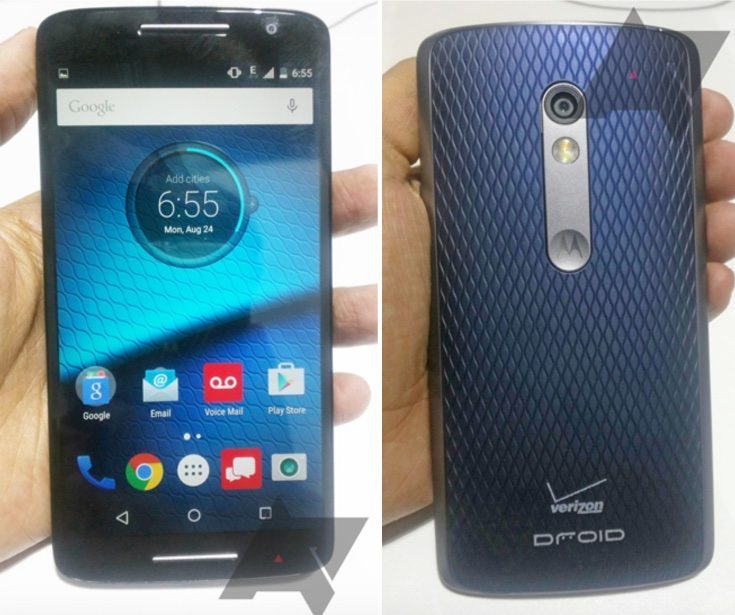 As if to remove any further doubt that the Motorola Droid Maxx 2 is in fact a variant of the Moto X Play, the source of these images also provided some screenshots. These show the device information screen of the prototype’s CPU-Z app and confirm once more that it’s a rebranded X Play.

In our earlier report on the Motorola Droid Maxx 2 for Verizon we had no news on exactly when it would release. However, the appearance of these images suggest that an official unveiling is getting nearer. As well as this a Motorola Droid Turbo 2 is also expected to appear, and it’s suggested that this could be some sort of variant of the Moto X Style (Pure Edition) for Verizon.

Are you keen for Verizon to announce availability of the Droid Maxx 2 aka Moto X Play? Let us know with your comments.