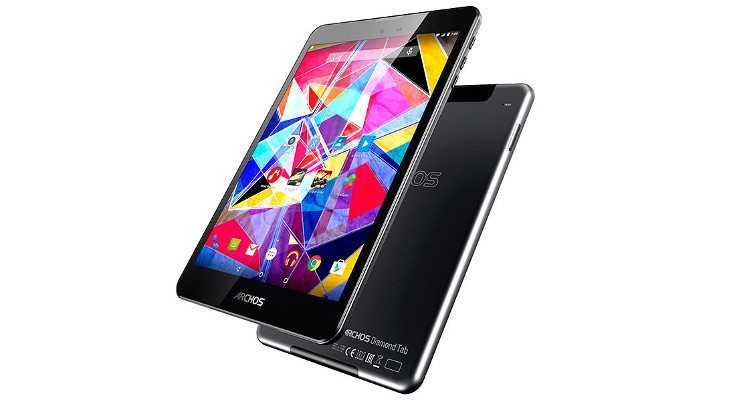 There will be a lot of companies vying for your attention during IFA next week, and ARCHOS will have several gadgets to show off. The ARCHOS Diamond Tab is one of their upcoming devices, and it’s just been announced with some surprising specs.

A few day ago we told you about the incoming ARCHOS Diamond S and ARCHOS 50e Helium, two Android handsets bound for IFA. The ARCHOS Diamond Tab will join its smaller brethren at the show, and the Diamond Tab specs may make it a contender depending on how widely it is released.

The ARCHOS Diamond Tab will sport a 7.9-inch display with a resolution of 2,048 x 1,536 and an aspect ratio of 4:3. Under the hood, you’ll find an octa-core MediaTek MT8752 processor clocked at 1.7GHz and backed by 3GB of RAM while the storage capacity clocks in at 32GB. There’s also a microSD card slot because not every manufacturer is trying to get rid of them.

On the backside of the ARCHOS Diamond Tab you’ll find a 5MP sensor with Auto Focus while the rear camera is listed at 2MP. The slate weighs 360grams, and has overall dimensions of 202mm x 134.7mm x 7.8mm. Connectivity options will include dual-band Wi-Fi, Bluetooth 4.0, GPS, and 4G LTE with voice calling capabilities. The Diamond Tab will get its power from a 4,800mAh battery and run Android 5.1 out of the box.

The ARCHOS Diamond Tab price is going to be $275/â‚¬244, and it will be shown off at IFA 2015 alongside the rest of ARCHOS end of year lineup. The slate is expected to go on sale in October if you’re interested in picking one up.